The current account maintained its historical rise showing a handsome surplus of $382 million in October, which is the fourth successive month in the current financial year 2020-21.

According to the State Bank of Pakistan (SBP), the current account surplus rose further to $382 million in October from $59 million in September, on the back of a sustained increase in remittances and a smaller trade deficit. Meanwhile, according to Arif Habib Ltd, this is the highest positive spell since July 2005. 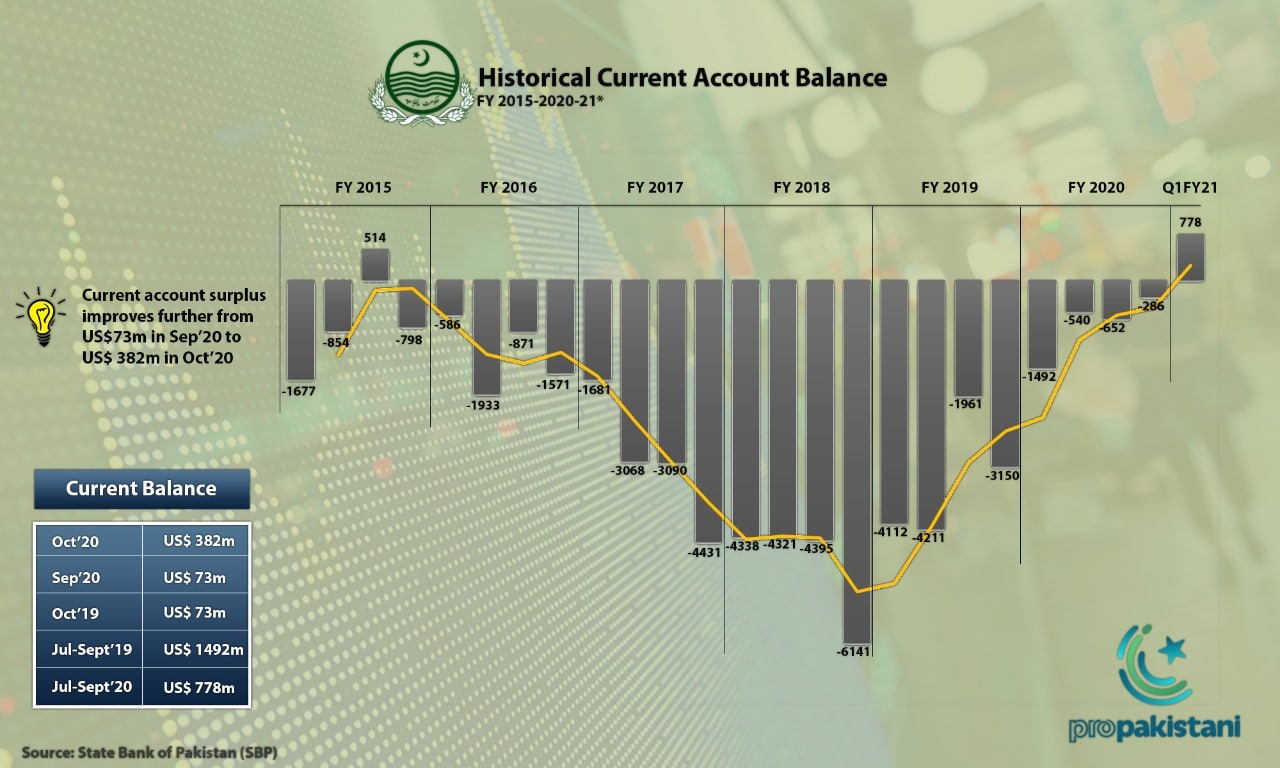 Remittances continued to surprise with double-digit growth of 26 percent year-on-year. It increased to $9.43 billion during July to October from $7.45 billion recorded in a similar period of the last year.

October proved to be good for the macroeconomic indicators including current account, remittances, strengthening of Rupee against Dollar, and inflows in foreign exchange reserves.

Federal Minister for Industries and Production, Hammad Azhar, through his Twitter account, said that Pakistan’s economy continues to improve. The trade deficit continues to shrink, and industrial production is showing strong growth.

Pakistan's economy continues to improve. Pakistan has posted a Current Account Surplus for the fourth successive month of the fiscal year (total $1.2BN). The Trade Deficit continues to Shrink and Industrial Production is showing Strong Growth.