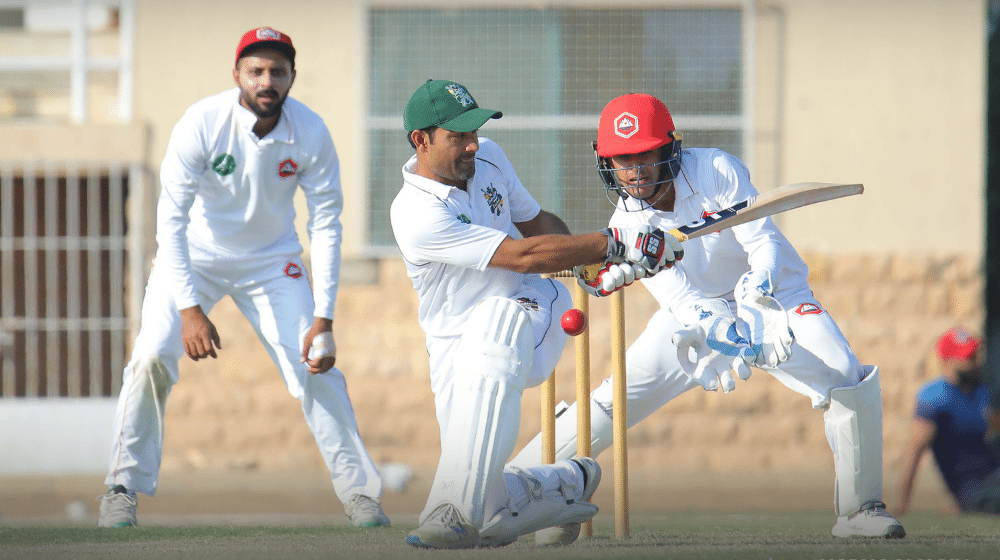 The fourth round of the Quaid-e-Azam Trophy came to a conclusion with two matches ending in a draw and Khyber Pakhtunkhwa claimed victory in the third match.

After a 2 week break due to the PSL playoffs, the six teams were back in action in Karachi with defending champions, Central Punjab, taking on KPK, league leaders Southern Punjab taking on Sindh, and Northern going head to head with Balochistan.

Khyber Pakhtunkhwa continued where they left off and defeated Central Punjab by 5 wickets, leaving Central Punjab without a win in the first four rounds.

Sindh and Southern Punjab played the match to a draw as both teams refused to back down from the challenge. Omair bin Yousuf, Asad Shafiq and Sharjeel Khan all scored centuries for Sindh, but Southern Punjab put on a strong showing as they batted out on the last day.

Northern and Balochistan played out a thrilling draw on the last day. Northern required 394 in the fourth innings to win the match and were reduced to 62-4. But a resilient fight by Umar Amin and Mohammad Nawaz helped them to reach close to the target as they finished the day at 385/8. Both teams shared points.

Here is the updated QeA Trophy points table after the fourth round: