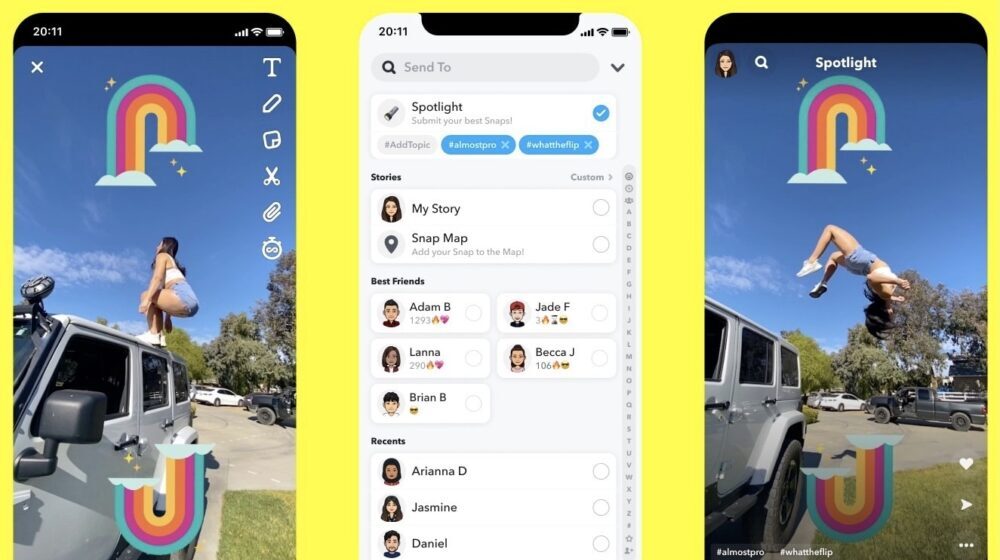 In the wake of competing against social media sensation TikTok, Snapchat has announced that it will reward $1 million to those who create a viral video on Spotlight. Snapchat will not just be rewarding its biggest stars, but people with private and personal accounts as well.

Spotlight is a new Snapchat feature announced to take on TikTok. It lets you create your own videos and share them with your followers just like TikTok.

Spotlight will use an algorithm to select the “most engaging posts” based on what people are interested in. The most viral videos will then be rewarded $1 million every day until at least at the end of the year. Snapchat has said that this may also continue through 2021.

Videos will have to be submitted to the scheme to become eligible for rewards. Users will have to be older than 16 and will have to abide by copyright rules, sponsorship, use of drugs, and alcohol, among other things. The feed will be monitored by an algorithm for violations in case anyone decided to cheat the system.

It was not disclosed how much a video can make but it will depend on the number of views it has. Snapchat also did not if the $1 million will be split between the people or if it’s the maximum amount a user can earn.