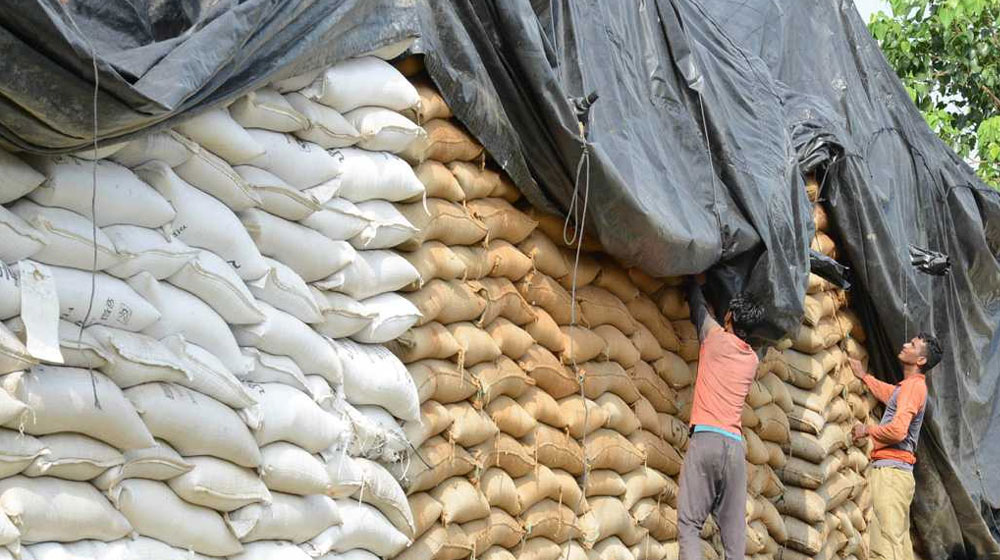 Minister of Industries and Production, Muhammad Hammad Azhar, and Minister for Economic Affairs, Makhdoom Khusro Bakhtiar, remarked that the prices of sugar and wheat flour witnessed a significant decline over the last ten days. Owing to the government’s proactive measures, there was a decline of Rs. 200 per 40kg in wheat flour and Rs. 10-12 per kg in sugar prices.

Minister for Industries and Production informed that due to imports exceeding 125,000 tons of sugar, a decline of Rs. 10-12 per kg in ex-mill rates of sugar was witnessed in the last ten days. He added that the imported sugar was retailing at Rs. 81 per kg at facilitation centers in Punjab and KPK. Utility Stores Corporation (USC) points across the country are selling imported sugar at a fixed rate of Rs. 68 per kg, he added.

Hammad Azhar also stated that as per the prediction of market experts, the price of sugar would further decline in the open market at wholesale and retail levels. This is due to the increased supply of sugar and competition, added the Minister.

Minister for Economic Affairs, Makhdoom Khusro Bakhtiar, said that the price of wheat flour was also showing a downward trend for the last ten days, bringing the prices down from Rs. 2,400 to Rs. 2,200 per 40 kg. Furthermore, he stated that untimely rains and bad weather conditions led to a shortage of wheat production.

Wheat was being imported to overcome the deficiency of around 2.2 million metric tons. Khusro said that the government has increased the support price for wheat and fixed the new rate at Rs. 1,650 per 40 kg. This measure was taken to ensure fair returns to the farmers for their produce, amidst recurring economic fallouts in the last few quarters.

The Sugar Reform Committee is also working to reform the sector, according to reports.