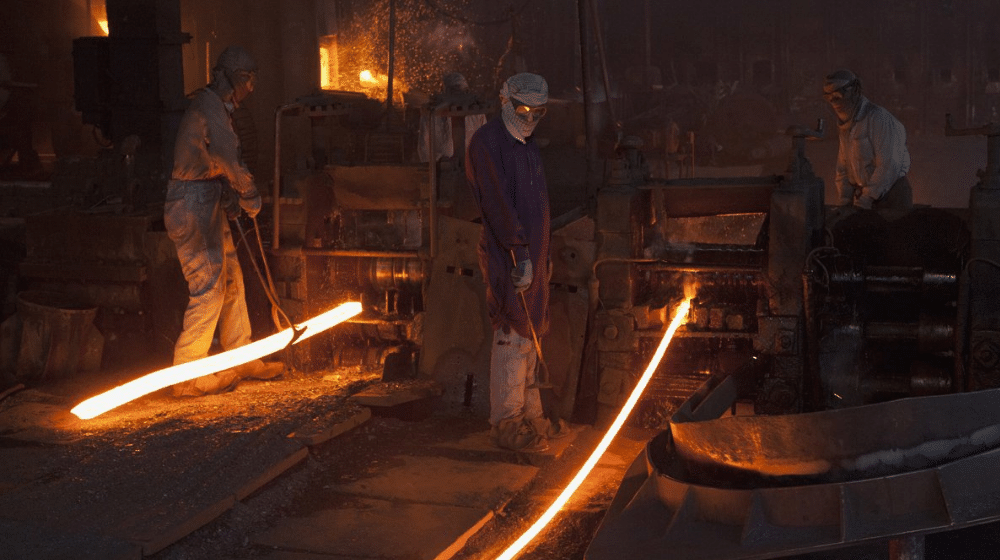 The federal government has terminated the contracts of 4,544 employees of Pakistan Steel Mills (PSM). Although PSM is the biggest industrial complex in the country, it had been incurring huge losses for years.

According to reports, the letters of termination have already been dispatched to the concerned employees. The move has been highly criticized by the Government of Sindh.

Keeping in view the huge losses, the federal government had decided to lay off 9,350 PSM employees earlier this year instead of trying to revive the industrial unit.

The decision to lay off additional 4,544 employees had been taken in a meeting held at the PSM CEO Secretariat that was chaired by the CEO of PSM.

In June, the Economic Coordination Committee (ECC) had announced the decision to terminate the contracts of the employees alongside offering each of them an amount of Rs. 2.3 million on average.

“The ECC gave the go-ahead to a ‘full and final’ human resource rationalization plan for the PSM employees in accordance with the judgments and observations of the Supreme Court of Pakistan and other courts hearing the cases involving the PSM,” the Ministry of Finance said in a statement.

The employees that have been laid off include junior officers, assistant managers, deputy managers, managers, and SEDGM and DCO employees.

However, the teachers and non-teaching staff of the PSM schools and colleges, drivers, firemen, fire tenders, operators, public health staff, security guards and watchmen, gardeners, paramedical staff, kitchen staff, office staff, and the workers of all the departments of the Finance Directorate are still employed.

Ministry of Commerce Announces A National Database of Women Entrepreneurs

The news was not received well by the affected employees and trade unions that had already been protesting against the management.

The trade unions said that Prime Minister Imran Khan and the Chief Minister of Sindh, Murad Ali Shah, should put their differences aside and focus on the employees who had lost their jobs. They requested them to work towards resolving the issue and restoring the jobs of thousands of the affected employees.

Sindh’s Minister for Labor, Education, Literacy, and Human Resources, Saeed Ghani, also lashed out at the federal government saying that this action is evidence of its incompetency.

“The PTI-led federal government had announced the provision of 10 million jobs but it has actually deprived thousands of people of their jobs,” he said.

Steps should be taken to run the mill by announcing an immediate package to make PSM economically viable.

PSM incurred huge losses to the federal government over a long period of time. It had ended its operations in 2015 but its employees had continued to draw their salaries at the expense of the government.

According to a summary, the financial impact of the plan will be worth Rs. 19.657 billion, and only 250 employees will be retained for four months for necessary work while the rest will be laid off.