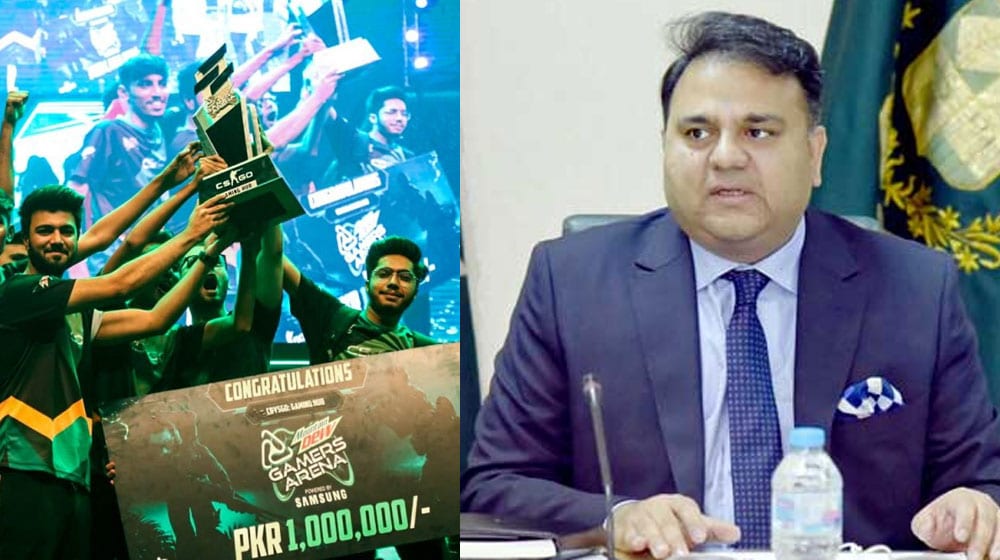 Federal Minister for Science and Technology, Fawad Chaudhry, has announced a national-level e-sports competition in Islamabad in March next year. He made the announcement while speaking with TV host and Vlogger Waqar Zaka on Thursday.

Zaka, who himself has been advocating and promoting the gaming industry’s national talent, approached the minister to convince him.

Details of the tournament and application process will be announced soon.

Fawad Chaudhry also announced that the ministry will be introducing certifications in animation and game development in universities across the country to encourage the youth to be part of the multibillion-dollar industry.

The companies working in Pakistan [in the gaming industry] tell me that they have a number of vacant posts, but no applicants. So we are designing a course in collaboration with these companies and launching certification programs in our universities.

In the first phase, graduates will be preferred for the certification program, which will then be extended to 12-graders, he noted.

Chaudhry had revealed the details about the certifications in a tweet last week.

With a net worth of 90 billion USD, the gaming industry is bigger than Hollywood, Fawad said and added that the industry has shown a 20 percent annual growth in Pakistan over the years.

He encouraged gamers to be a part of the multibillion-dollar industry, which will be a game-changer for them.