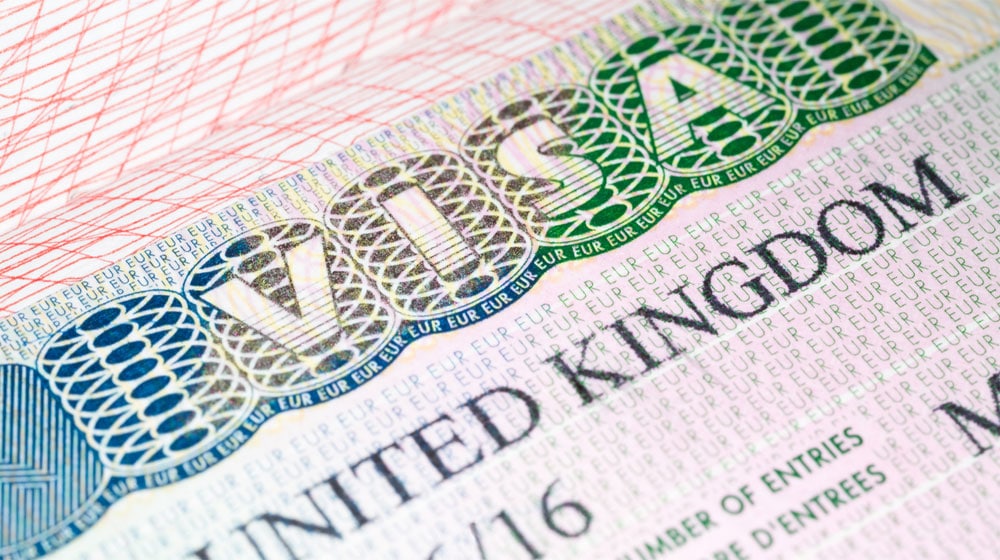 Pakistani citizens are among the top nationals to have been issued visas for the United Kingdom (UK) in various categories during the ongoing year, figures from the UK Home Office have revealed.

According to the data, 6,662 Pakistani families had been granted visas for the UK during 2020, with an approval rate of 89 percent which is the highest among all the South Asian countries.

In the Student category, 4,015 Tier 4 student visas have been granted to Pakistani applicants since the start of the year. The approval rate in this category is around 93 percent, with a 2o percent increase from the previous year.

Likewise, 6,807 work visas were issued to Pakistanis this year, which included 2,223 skilled work or Tier 2 visas.

Additionally, 30,208 Pakistani applicants received visitor visas during this period, indicating a significant surge in the overall approval rate for Pakistanis.

The Home Office said that the COVID-19 pandemic has severely affected immigration to the UK.

“At the peak of the pandemic, from March to June, we witnessed a sharp fall in the grant rate due to the lockdown and closure of our offices. However, the substantial increase in other months resulted in a notable improvement in the grant rate compared to the last year,” it said.

According to the Home Office, UK Visa and Immigration (UKVI) officials have addressed the concerns of Pakistani applicants and are processing each application with high-quality decision-making.

It added that the applications from Pakistan are being processed by Teresa Hardy who is the Regional Director for Middle East, North Africa, Central Asia, Pakistan, and Turkey (MENCAPT). She is a senior civil servant and has received the Most Excellent Order of the British Empire (MBE) by the Queen of England for her services to the UK’s border security.