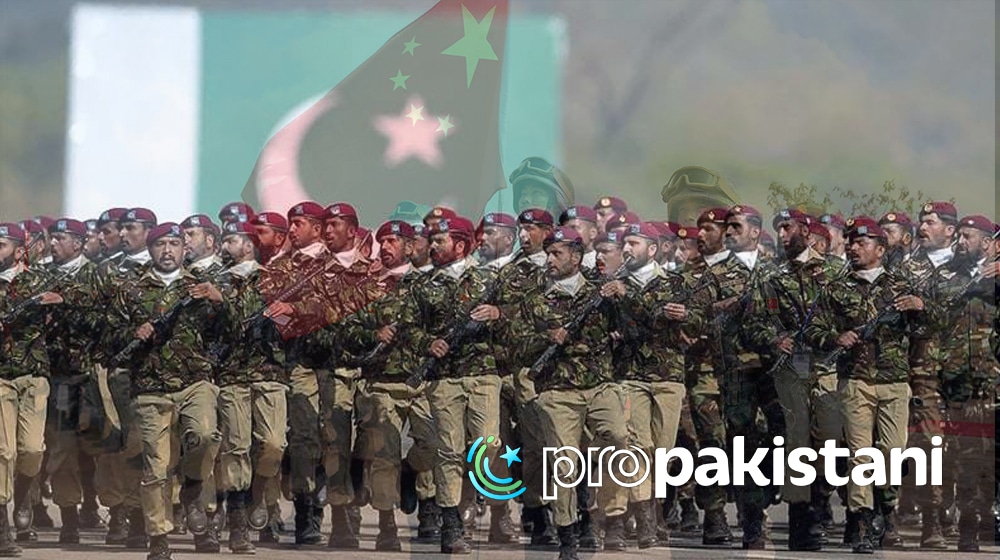 Pakistan and China have signed a defense pact in response to a recent information-sharing pact between America and India.

China’s Minister of National Defence, General Wei Fenghe, was reportedly in Islamabad for three days last week and signed an MOU to strengthen cooperation between the Armed Forces of Pakistan and the People’s Liberation Army of China.

Although the details of the China-Pakistan defense treaty are yet to be revealed, analysts have speculated that the deal contains updated commitments to intelligence sharing that will help Pakistan keep track of cross-border exchanges along the Pak-India border.

With General Wei Fenghe’s visit, Pakistan has made its intentions regarding the new defense arrangements clear by presenting him with the Nishan-e-Imtiaz award.

Senator Anwaar ul Haq Kakar said in a statement that the MOU between the two countries will counter India’s US-backed onslaught. He also remarked that the new understanding between Pakistan and China will merge their economic and security interests at a higher level.

As per reports, the Pakistani and Chinese air forces will conduct a joint exercise called ‘Shaheen IX’ before the end of December 2020. Shaheen IX is expected to be bigger than its predecessor Shaheen VIII in all aspects. The latter had lasted over a fortnight and had utilized around fifty warplanes.

Pakistan and China Agree to Invite Foreign Investments for CPEC

Talking to Nikkei Asia, the Deputy Director Asia Program at the Wilson Center, Michael Kugelman, said the new agreement will provide substantial strategic stability to Pakistan amidst recurring clashes after had India racked up on American support in October.

“The China-Pakistan agreement can be viewed as an effort to reduce some of the imbalance in strategic stability in the region prompted by the U.S.-India deal,” he said.