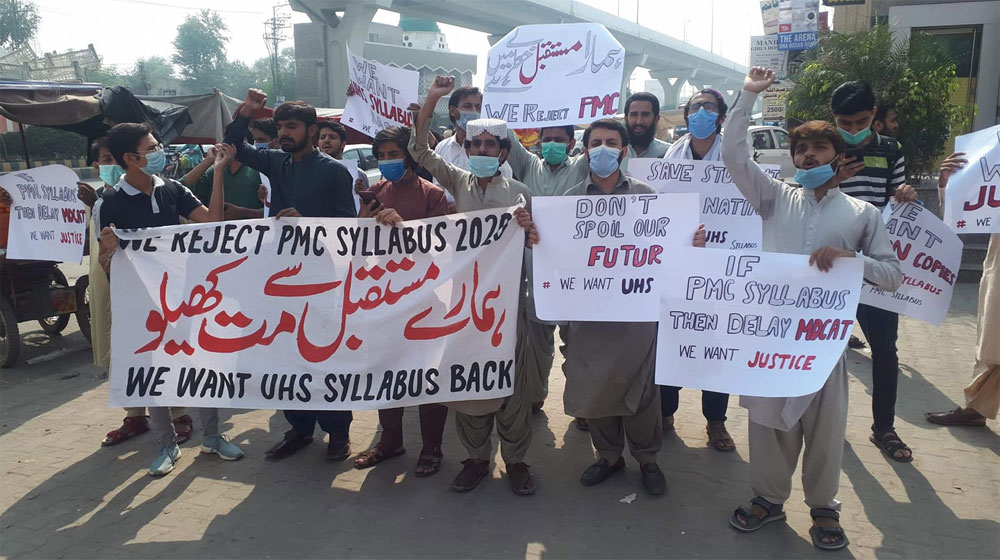 Students who recently appeared in the Medical and Dental College Admission Test (MDCAT) 2020 have challenged the examination in the Sindh High Court.

Through their lawyer, Jibran Nasir, the students contended that the Pakistan Medical Commission (PMC) had assured that no out-of-syllabus question will be included in the exam. However, as admitted by the PMC in its post-exam statement, the MDCAT 2020 had at least 14 such MCQs.

Advocate Jibran Nasir told the court that though his clients have cleared the exam, they believe that their results have been mixed up.

In his opening remarks, the PMC’s lawyer, Zeeshan Abdullah, apprised the court that the results of the MDCAT have been announced. He said that more than 121,000 students appeared in the exam, but only 67,611 passed by securing a minimum of 60 percent of marks.

Upon hearing the arguments, the court asked PMC to submit its reply and adjourned the hearing until January 4.

Earlier on Monday, medical students had started a campaign against PMC over the ‘unfair’ MDCAT 2020 exam.

Taking to Twitter, one of the campaigners started the ‘battle against this TYRANNICAL GOV’ and appealed to fellow students to raise their voice by using #SaveOurFuture. More students had joined the campaign in search of ‘justice.’

An hour after announcing the MDCAT 2020 results on Wednesday, the commission also issued a post-exam analysis report, highlighting that at least 14 out of 200 MCQs were found to be ‘ambiguous and discriminatory.’ It said that equal marks had been awarded to every student for these questions to avoid any injustice.