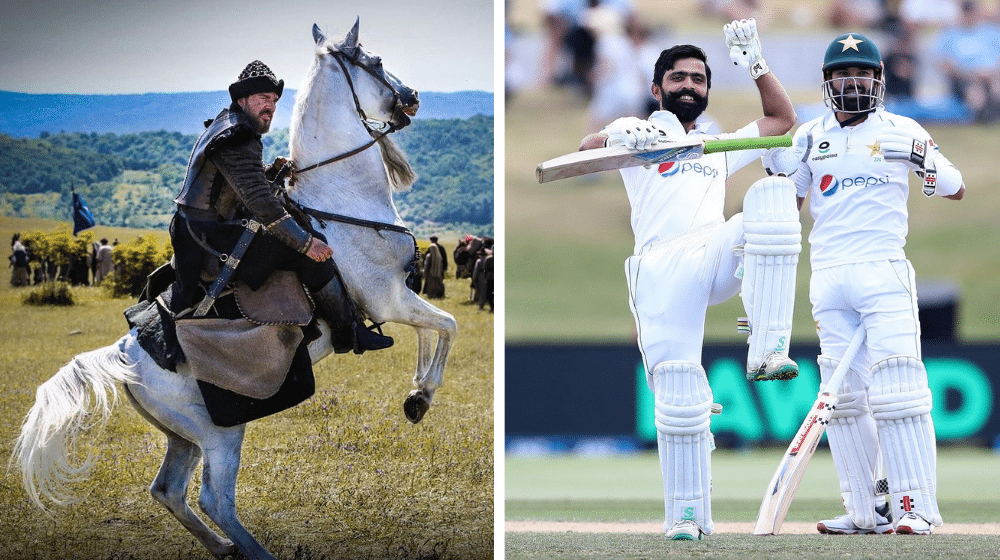 Fawad Alam garnered a lot of praise from fans around the world for his magnificent century against New Zealand in the first Test match. Although the innings was sublime, many were left confused with Fawad’s celebration after scoring the century.

Ex-Indian Cricketer Slams ICC For Biased Teams of the Decade

Fawad revealed that his celebration after the century was a scene from the famous TV series, Ertugrul Ghazi. Fawad dedicated the celebration to middle-order batsman Azhar Ali, who gave him the idea of celebrating it this way.

He said that during the 4-day game between Pak Shaheens and New Zealand A, Azhar Ali gave him the idea of celebrating in Ertugrul Ghazi style if he goes on to score a century. He added that Azhar supported and encouraged him to perform for Pakistan, and as soon as he crossed the hundred-run mark, Azhar’s advice came into his mind.

Fawad Alam played a brilliant knock of 102 runs of 269 balls before New Zealand pacer Neil Wagner sent him back to the pavilion.

The stand-in captain Rizwan and Fawad put up a good fight on the last day of the first Test match. However, Pakistan could not salvage a draw as New Zealand bowled them out with 4.3 overs left in the day.

Pakistan will be looking to make a comeback in the second Test match of the series, scheduled to begin from January 3 at Christchurch.