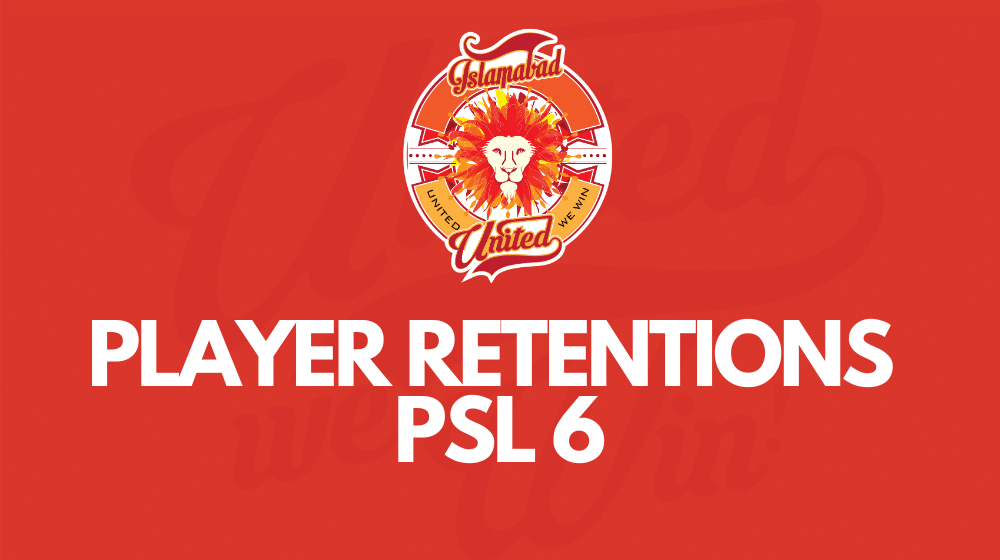 Two-time Pakistan Super League (PSL) champions Islamabad United have announced their player retentions for the sixth edition of PSL. Islamabad has retained a total of eight players, including a blockbuster trade with the Karachi Kings. English batsman Alex Hales has moved back to Islamabad while South African middle-order batsman Colin Ingram has moved the other way.

Alex Hales was part of Islamabad United’s squad for PSL 3 and 4 before being picked up in the draft by Karachi Kings in PSL 5. Alex Hales proved to be an outstanding addition to the Karachi Kings squad as he went on to win their first-ever PSL trophy last season.

Here Are The Players Each Team is Retaining for PSL 6

Islamabad on the other hand finished at the bottom of the table for the first time ever. Captain Shadab Khan couldn’t guide the team to their fifth successive play-offs as their fixtures against Multan Sultans and Peshawar Zalmi were affected by rain, having an adverse impact on their chances of qualifying.

Shadab Khan is the other platinum retention for Islamabad United. He was a revelation with the bat in the middle of Islamabad United, scoring 263 runs at an average of 37.57 and at a strike rate of 159.39. His captaincy skills were lauded by the cricketing fraternity as well, he was named as the captain of PSL’s official Team of the Tournament.

Kiwi opener Colin Munro and Pakistani all-rounder Faheem Ashraf are the two diamond retentions for United. Munro had a solid but inconsistent start to his Islamabad United career. Having played for Karachi Kings previously, Munro was picked in the draft by Islamabad United last season. He went onto score 248 runs at an average of 35.42 and a strike rate of 147.61.

Faheem Ashraf was disappointing last season and contributed little with both the bat and the ball. But his recent form for Pakistan in their tour of New Zealand has been exceptional, so Islamabad will be hooping he continues his great run of form.

All eyes will be on Islamabad as they have the number one draft pick in PSL 6. It will be interesting to see how their squad will shape up for the latest season.