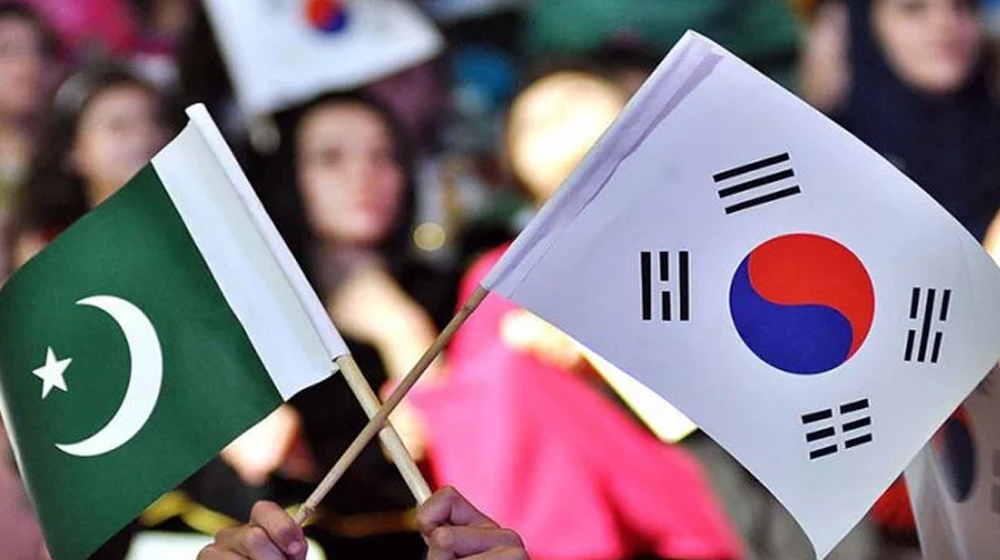 He said that these companies, especially small and medium enterprises (SMEs), are keen to invest in Pakistan and enhance their presence.

He said that there was good scope for increasing the volume of trade between Pakistan and South Korea and urged Pakistan’s manufacturers to concentrate on value addition to their products for promoting exports.

The former envoy also said that Pakistan’s business community had the potential to export fruits and other goods to Korea, adding that the Koreans learned from Pakistan during the 1960s and then achieved progress through the implementation of the right policies.

ICCI Chief Khan said that Pakistan-Korea bilateral trade was around $1.1 billion even though South Korea’s annual exports stood above $500 billion.

He also informed that both countries were negotiating a free trade agreement, which is expected to be finalized soon to boost bilateral trade.

He said that Pakistan could export textile goods, cotton, fruits, rice, rawhide, and skin, fish, surgical instruments, medical apparatus, toys and games, and leather products, among many others to Korea, adding that a little more attention from the Korean government and businessmen could help increase Pakistan’s exports to Korea considerably.