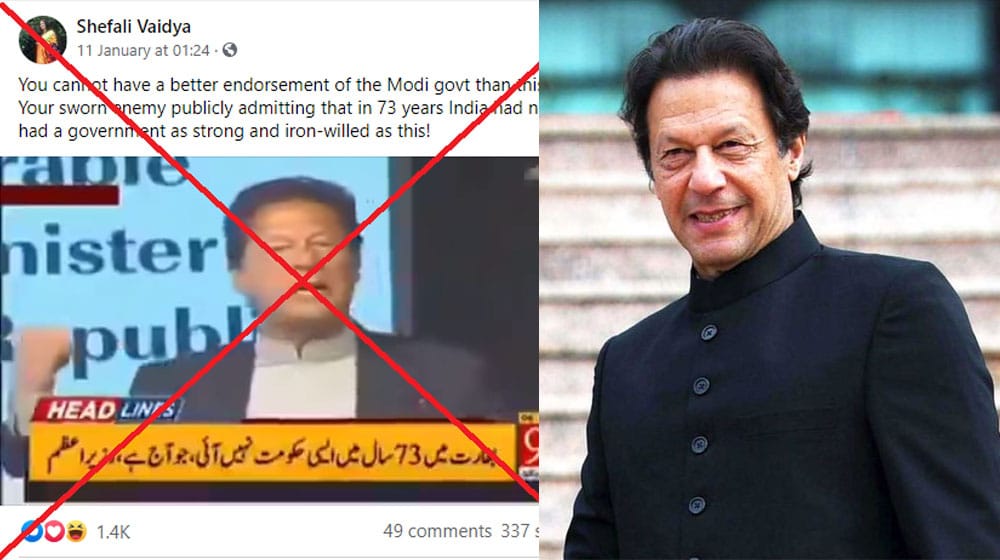 Pakistan needs a strong military today. And we need it because of the neighbor we have. There has been no government like this in India in the last 73 years of history.

The misleadingly clipped video was then shared by pro-Modi social media activists, with one of them captioning the video as:

You cannot have a better endorsement of the Modi govt than this. Your sworn enemy publicly admitting that in 73 years India had never had a government as strong and iron-willed as this! 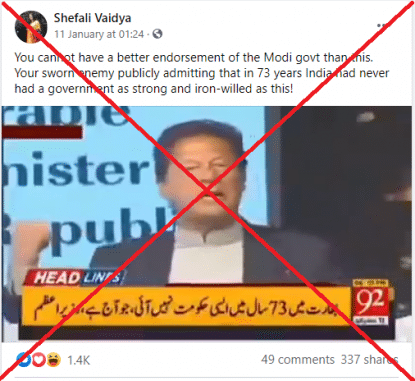 The video was originally part of a news bulletin of a private news channel, uploaded on YouTube on December 26, 2020.

A full version of his speech shows the premier harshly criticizing Modi for his fascist approach and his policies in the Occupied Jammu and Kashmir.

In the original clip, the news anchor quotes PM Khan’s remark and then explains that he is referring to the EU DisinfoLab report in December 2020 that unearthed India’s major propaganda campaign against Pakistan and China.

If Pakistan needs a strong army, it is today. And we need it because of the neighbor we have. There has been no government like this in India in the last 73 years of history. This is an extremist, totalitarian, racist, anti-Muslim, anti-Islam, and anti-Pakistan government.

Khan’s full speech was published on the official YouTube channels of the premier and PTI.