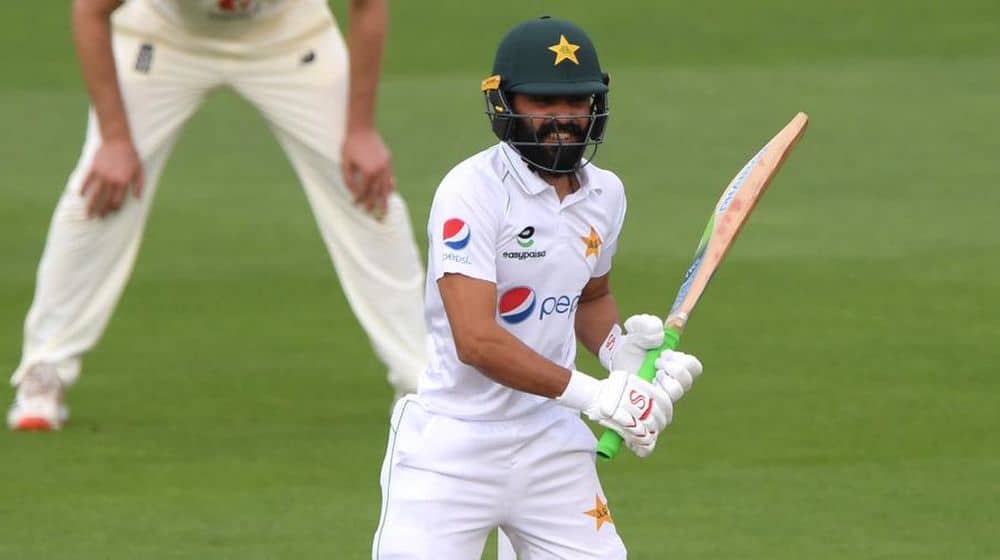 Following a dismal start by Pakistan batting while facing a solid South African bowling attack yesterday, Fawad Alam has risen to the occasion with yet another brilliant performance. He’s hit a brave century, his third overall and second since rejoining the team after a decade.

He has converted all his Test fifties into hundreds!#PAKvSA pic.twitter.com/RrYzWxPSJ5

Three times Fawad Alam has gone past fifty, and all three times he has made it into a hundred! He gets there with a six!

Shocked and excited by the performance of a returning star, cricket fans across the block are commending Alam for being in-form despite such a hefty lay-off from the national team.

Twitter was quick to the follow-up, with fans applauding Fawad Alam for his performance in a series of heartfelt, a few angry, tweets.

ESPNCricinfo pitched in after Alam hit the century mark with a 6:

Fawad Alam brings up his third Test 💯 with a six! 😮

Fawad Alam goes past 𝒎𝒂𝒊𝒅𝒆𝒏 𝑻𝒆𝒔𝒕 50 for the 3rd time.

On both previous occasions, he went on to score a 100, so those 50s dont count.#PAKvSA

Other fans expressed excitement over Fawad Alam’s innings, hailing the batsman for performing so well despite a long absence from the sport:

What an innings Fawad Alam and what a way to reach 100. Proud of you bro @iamfawadalam25 #PAKvsSA pic.twitter.com/7rmgM76sYQ

WHEN THE GOING GETS TOUGH, THE TOUGH GET GOING 🙌

People are happy and letting their emotions do all the typing:

Some Indian fans pitched in, praising Alam for a tremendous knock under pressure:

What a story Fawad Alam… Take a bow

Finally, the well-deserved title for a befitting batsman:

What are your thoughts on Fawad Alam’s gritty batting display? Let us know in the comments section.