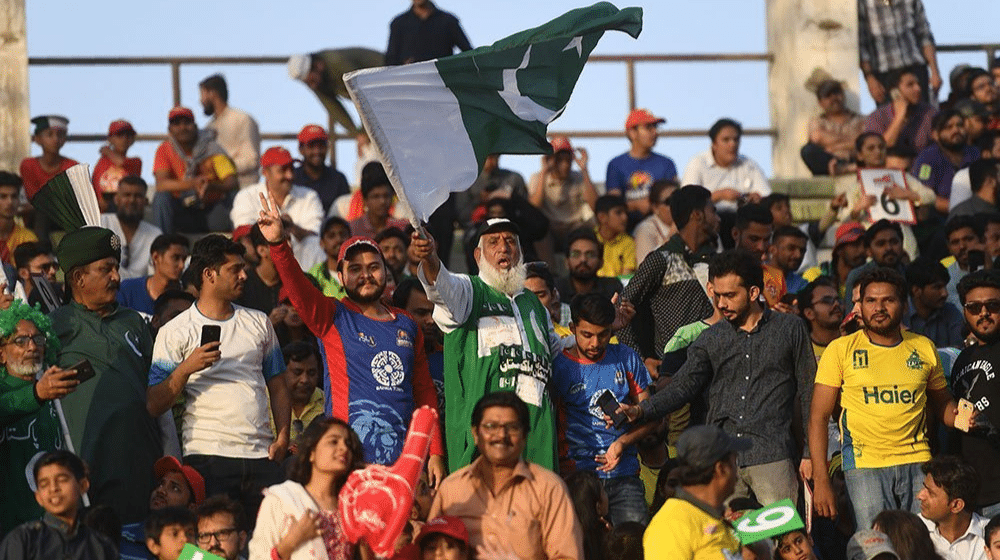 The fans will have to adhere to the social distancing protocols. However, family members will be allowed to sit together.

As per reports, Pakistan Cricket Board (PCB) will have a final meeting with National Command and Operations Center (NCOC), and PCB will make the final announcement of the decision soon afterward.

PCB approached the federal and provincial governments ahead of the preparations of PSL 2021 and requested them to allow the fans back into the stadiums.

The government is confident that the COVID-19 curve in Pakistan is flattening, and following the countrywide distribution of the COVID-19 vaccine launched yesterday in the capital, they are hopeful of further curtailing the spread.

The ticket sales for the matches are expected to start from February 10. Relevant official details will be released soon. The tournament is just over a couple of weeks away, with the first match between Karachi Kings and Quetta Gladiators scheduled to be played on February 20 at National Stadium Karachi.