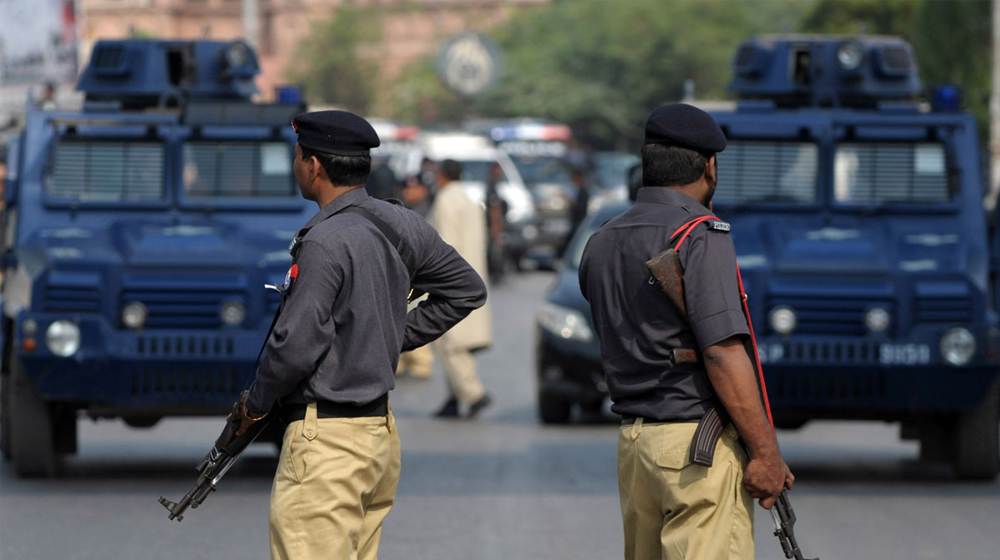 Two robbers and their accomplices stole a new motorbike from two police officers in Karachi at gunpoint and fled the scene.

The CCTV footage of the incident is doing rounds on social media showing two muggers blocking the path of two police officers riding a brand new motorbike, and seemingly telling them to step away from it.

The officers, who were apparently unarmed, dismounted the motorbike and handed it over to the robbers, who then sped away with it. Their two accomplices also rode away on their own motorbikes.

The police have confirmed the incident saying that the two officers were stationed at the Sir Syed Police Station. A case about the incident has been registered therein.

The street crimes in Karachi surged in 2020, according to a report compiled by the Citizens-Police Liaison Committee (CPLC). The report indicates that carjacking, mobile phone mugging, and vehicle theft had been on the rise especially after the first lockdown was lifted in August-September.