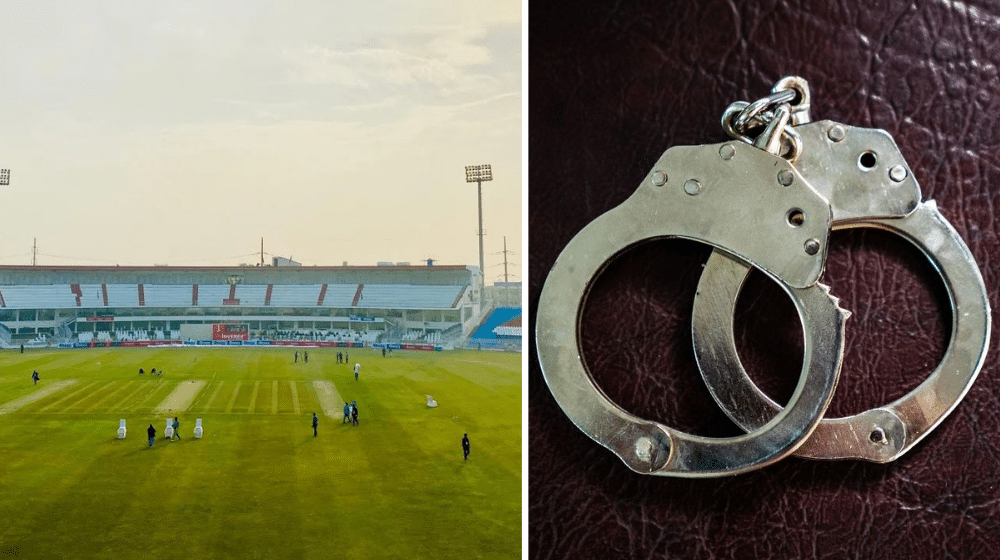 Police arrested a bookie from Rawalpindi Cricket Stadium during the third day of the second Test match between Pakistan and South Africa. The suspect was handed over to Federal Investigation Agency (FIA) by the local police for further investigation.

FIA and Anti-Corruption Establishment (ACE) revealed that the bookie was working for a gambling network based in Dubai and was reporting them live insights from the ground.

The suspect, Bilal Ahmed, is a resident of the Cantonment area in Lahore and was reported to have traveled to United Arab Emirates (UAE) and Sri Lanka multiple times over the last few years. He had also been investigated by International Cricket Council (ICC) Anti-Corruption Unit (ACU) in Sharjah and Sri Lanka previously.

The case has been registered in the New Town Police Station, and the Rawalpindi police have confirmed that a joint investigation team (JIT) will be formed to further investigate the suspect and potentially capture other members of the gambling network.

Bilal Ahmed was suspiciously talking on the phone during the match, and that alerted the authorities. After his arrest, the suspect revealed that he had bet Rs. 13,000 and was giving insights live from the ground to the other members based in Dubai. He forged his pass from the Karachi Test to enter the second Test match at Rawalpindi Cricket Stadium.

In a mugshot revealed by the police, Bilal Ahmed looked nothing like a bookie shown in the films. He wore normal shalwar kameez and a jacket, throwing the authorities off by his appearance. He was carrying two cellphones, which have been handed over to the FIA along with his forged pass.