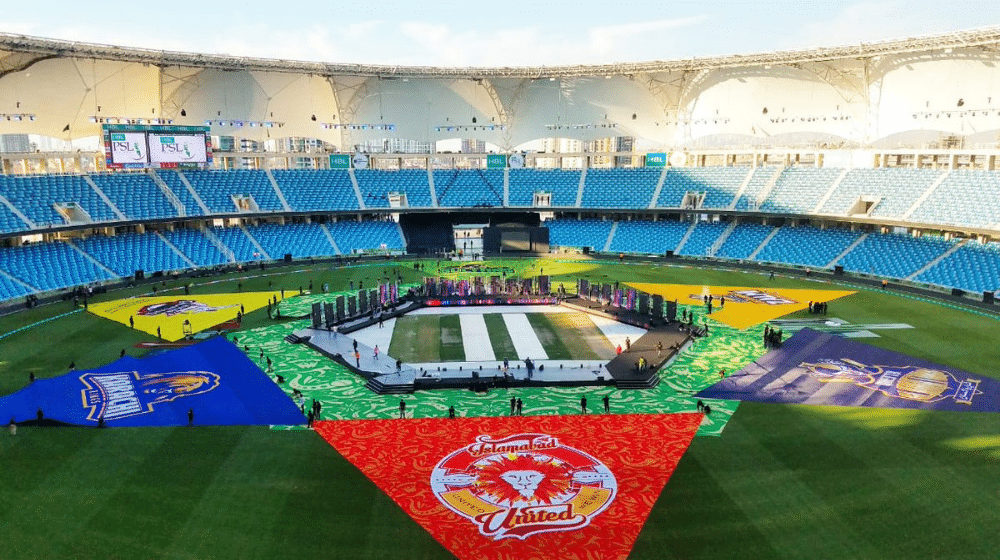 According to reports, the opening ceremony of Pakistan Super League (PSL) 6 will not be held live instead the ceremony will be pre-recorded and will be aired before the start of the first match of the tournament.

Akcent Offers to Sing a New PSL Anthem After Controversy

The opening ceremony is usually held live prior to the start of the opening game of the tournament and is marked as the official commencement of the activities. This year, however, Pakistan Cricket Board (PCB) has opted not to hold the ceremony live keeping in view the Covid-19 situation in the world.

As PSL is being held within a bio-secure bubble it will be difficult to allow people from outside the bubble to come to the stadium. Artists, managements, and huge setups would prove too large a risk for PCB in the prevailing situation.

The details of the opening ceremony have been kept secret by the PCB and there is little news on which artists will be performing. The event however will be pre-recorded and will be broadcasted on 20 February, before the first match between Karachi Kings and Quetta Gladiators.

Fans have shown little interest in the previous ceremonies and PSL has faced backlash over the ceremonies in the previous years. This year around, the PSL 6 anthem has also created quite a stir amongst the PSL faithful’s and the opening ceremony will be viewed with a grain of salt.