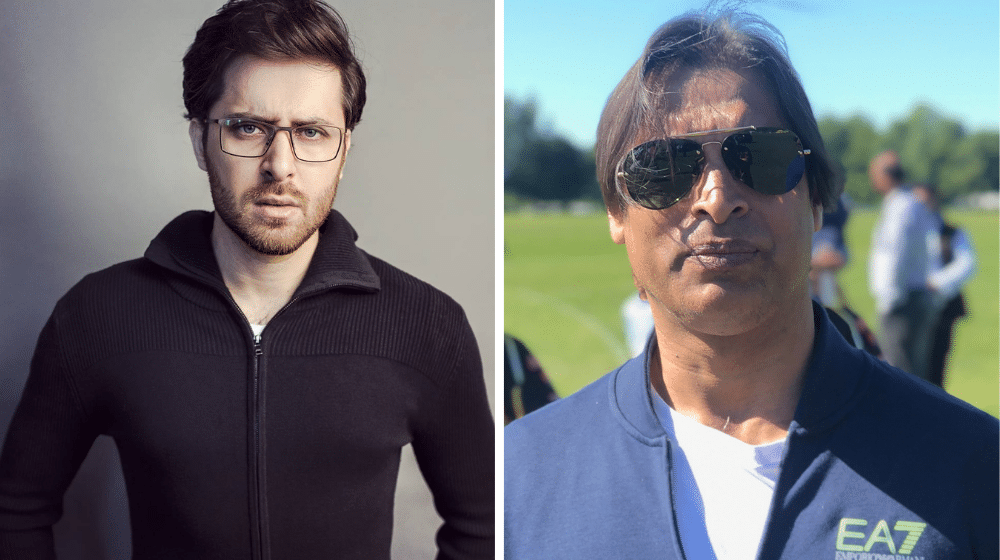 The singer turned actor, Haroon Shahid has blasted at former pace bowler, Shoaib Akhtar, for his comments on the new Pakistan Super League (PSL) 2021 anthem ‘Groove Mera’. Haroon said that Shoaib should be ashamed for his comments and have a look at himself first before commenting on the work of artists.

Haroon said that Shoaib has no knowledge of this field and should not be worried about the aesthetics of the song. He blasted Rawalpindi Express for his insensitive comments and said that Akhtar should not talk about aesthetics because he cannot say a single line of English without grammatical errors.

Haroon took to social media and vented out his frustration on Twitter. Here’s what he wrote:

Ok I'm not demeaning Shoaib Akhtar but when he talks about aesthetics then let's talk about the way he commentates in English. Unfortunately, not a sentence goes by with grammatical errors. How dare he insult those young musicians in that manner! Aiday tussi A R Rahman 🤷🏻‍♂️

Haroon is a lead singer of the pop-rock band SYMT and has appeared in Coke Studio as well. He has appeared in films and TV dramas as well and his most notable performance was in ‘Verna’ along with Mahira Khan.

Shoaib Akhtar recently said that the PSL anthem was extremely bad and his children started screaming after listening to the song. He said that it has been three days that his children haven’t talked to him.

Akhtar further commented that the PCB should be ashamed of themselves for releasing such a bad song and offered his services to release a better song next time.