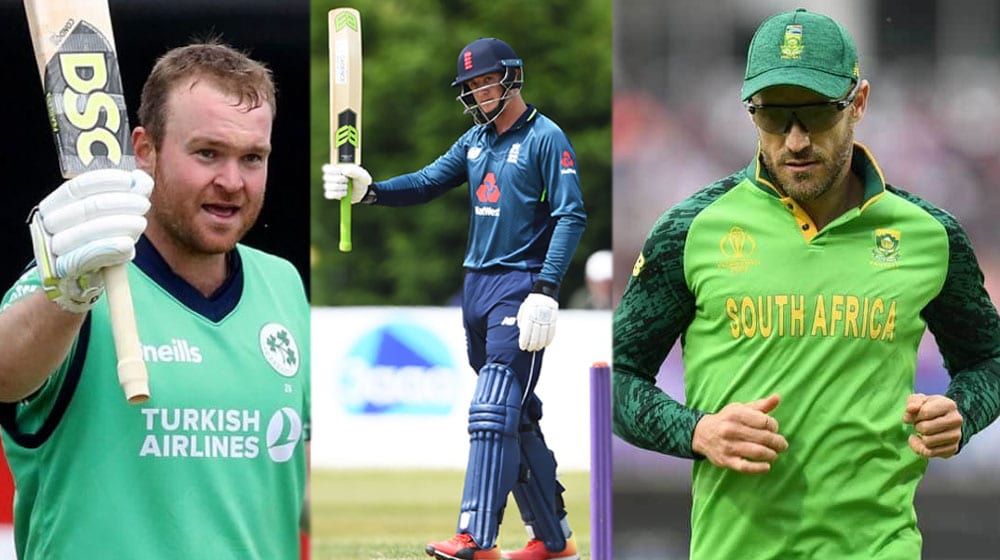 A total of five foreign players’ replacements have been made in the Pakistan Super League (PSL) teams that will take the field for the PSL 2021 at the National Stadium Karachi and Gaddafi Stadium Lahore from Saturday, 20 February.

The teams made replacement picks for the players who have either become fully or partially unavailable due to international cricket commitments.

The South African star, Faf du Plessis, who represented Peshawar Zalmi in the PSL 2020 play-offs last November, makes a return to the league as a partial replacement player in the Quetta Gladiators outfit in place of West Indian legend, Chris Gayle.

The Australia leg-spinner, Fawad Ahmed, who has represented Gladiators in the earlier PSL seasons, replaces the New Zealand batsman, Colin Munro, in the Islamabad United squad.

Munro would be unavailable for United due to the prevailing COVID-19 related managed isolation space challenges in New Zealand.

United has also included the USA fast bowler, Ali Khan, as a replacement for England’s Reece Topley, who has been included in England’s T20I squad on their ongoing tour of India.

The Irish batsman, Paul Stirling, is the third replacement in the United squad in place of the England fast bowler, Chris Jordan, who has also been included in the T20I squad for the series against India.

England batsman, Tom-Kohler Cadmore, who represented Gladiators in the 2018 season will replace compatriot Liam Livingstone in the Zalmi squad with Livingstone also set to be part of England’s T20I team in India.