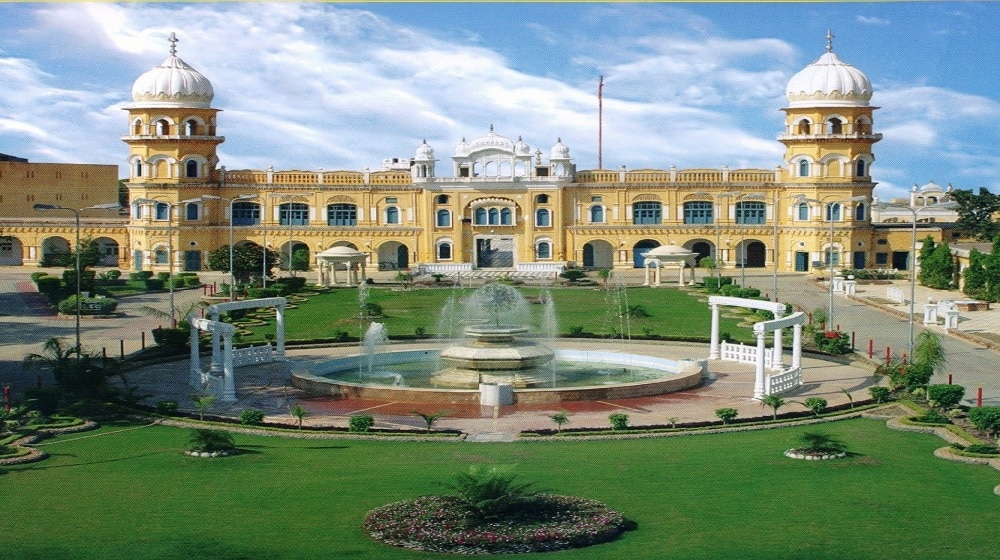 The Federal Minister for Anti-Narcotics, Ijaz Ahmad Shah, stated on Sunday that the construction of Baba Guru Nanak University will be completed soon and that it will revolutionize the educational sector.

The minister spoke at the central ceremony of the centennial celebrations of the Sikh festival Saka at Gurdwara Nanakana Sahib and announced that the vice-chancellor of the university has been appointed. He added that separate Punjabi and Khalisapan departments will be set up at the institute.

He revealed that all the expenses for the construction of the university have been borne by the Government of Pakistan and that no donations have been taken for it.

The development of the university is in honor of the white in the national flag, which represents Pakistan’s religious minorities.

Minister Shah said that the establishment of Baba Guru Nanak University in Pakistan gives the message of love, peace, and respect for all communities at a time when the minorities in India are being mistreated and persecuted at the hands of the fascist government of Prime Minister Narendra Modi.

“Guru Nanak taught the lesson of peace and love to the people. Sikhs had sacrificed their lives to take back control of gurdwaras and confronted the oppression valiantly on 21 February 1921. It is my honor to serve the people of Nankana Sahib,” he declared.

The ceremony was attended by almost 2,000 Sikh pilgrims, yatrees, and devotees.