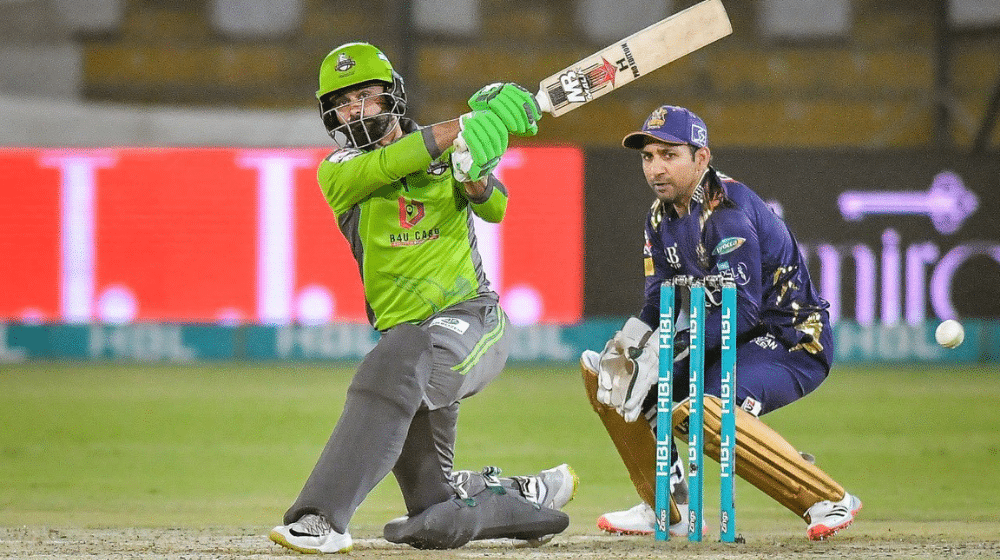 The highly-publicized Twitter feud between Mohammad Hafeez and Sarfaraz Ahmed was the talk of the cricketing fraternity in last night’s PSL match between Lahore Qalandars and Quetta Gladiators. The veteran all-rounder, Mohammad Hafeez, squashed the rumors of a bust-up between the two and said that Sarfaraz is as dear to him as other cricketers.

Herschelle Gibbs Opens Up On ‘Unfair Expectations’ From Babar Azam

“Sarfaraz is as dear to me as other cricketers. I have never had problems with any cricketer so far. I always praise everyone and never compete with a person,” Hafeez said.

Hafeez and Sarfaraz were involved in a Twitter exchange recently. Hafeez praised a brilliant century by Mohammad Rizwan against South Africa in the T20I series and called him the number one wicket-keeper of the side. Sarfaraz did not take it lightly and assumed it was an attack on him, as he was the previous number one wicket-keeper of the national side.

After the situation was diffused, Sarfaraz said that Hafeez is his good friend and he respects him a lot, thus ending the Twitter feud between the two experienced campaigners.

England Star Opens Up on His PSL Experience With Islamabad United

Hafeez played a match-winning knock for Lahore Qalandars against Sarfaraz led Quetta Gladiators, helping Lahore move to the top of the table. Quetta, on the other hand, is struggling and is at the bottom of the table.

Sarfaraz will need to rally his troops and bounce back quickly to secure one of the play-off spots. Lahore, on the other hand, is in the driving seat and will be looking to continue their fine form.

PSL is being live-streamed here. Check out how your team is doing on our PSL Points Table page.