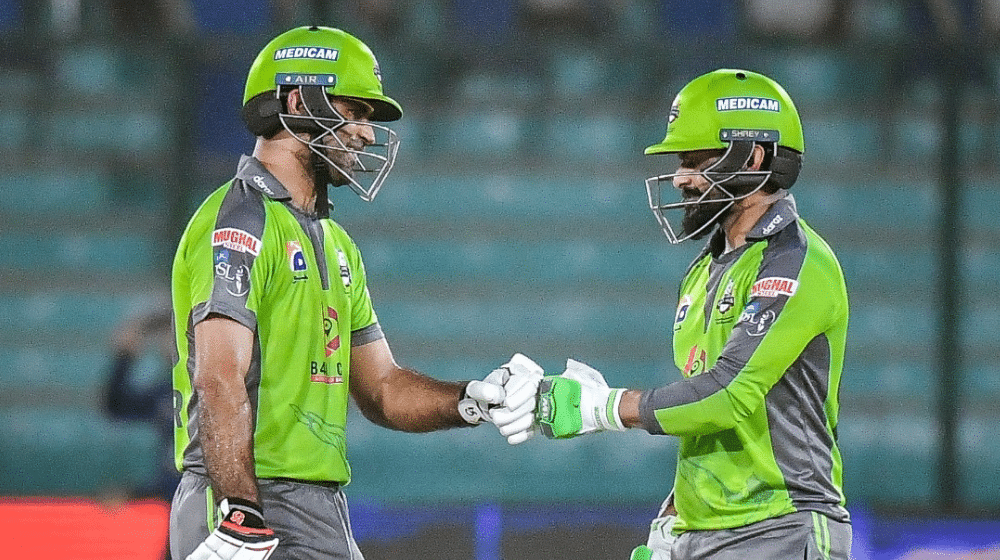 Fakhar Zaman played a blistering innings of 82 off 52 balls as Lahore Qalandars comfortably chased down the target of 179 against Quetta Gladiators. Quetta’s bowlers were helpless in front of Fakhar Zaman as he smashed eight fours and two sixes in his scintillating knock, helping Lahore move to the top of the PSL points table.

Fakhar was ably supported on the other end by veteran all-rounder, Mohammad Hafeez, who himself scored a wonderful half-century, including six huge sixes.

Hafeez Speaks Up on Reports of Feud With Sarfaraz

It just feels like Mohammad Hafeez can do no wrong at the moment, other than being in the form of his life, Hafeez is also helping Fakhar getting his technique right.

Fakhar’s recent form was a worrisome sign for Lahore Qalandars as he was struggling to put runs on the board. His poor form also led to him being dropped from the national team’s T20I squad. Hafeez, on the other hand, has been in sublime form. He finished last year as the leading run-scorer in T20Is and has picked up where he left off this year as well.

Lahore Qalandars will be hoping that both their star batsmen stay in form throughout the tournament and help them lift their first-ever PSL title. Lahore will be facing Multan Sultans in their next match, scheduled to be played on 26 February. Have a look at Lahore’s PSL schedule here.