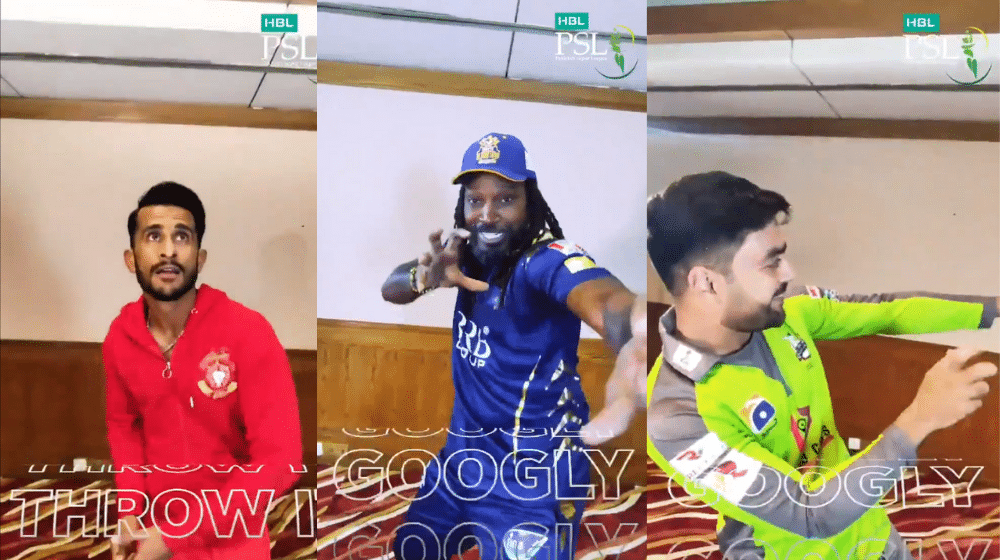 Pakistan Super League (PSL) is no longer confined to Pakistan as it has become a global brand, watched by millions overseas. Entertainment, glitz, and glamor go hand-in-hand with the brand of PSL, further broadening its appeal.

Cricketers from various PSL franchises are dancing to the tunes of the new PSL 6 Taranay music album. The official Twitter account of PSL uploaded videos of the West Indian legend, Chris Gayle, the world number one T20I bowler, Rashid Khan, and the fiery fast bowler, Hasan Ali, dancing to the ‘Googly song’ on the social media platform.

Watch the videos below:

🔥 @RealHa55an bringing some masti to the HBL PSL 6 Googly Challenge!

PSL account has also asked its fans to take part in the #GooglyChallenge, where they have to upload their dance on the googly song. The best fan videos will be uploaded on PSL’s Twitter account.