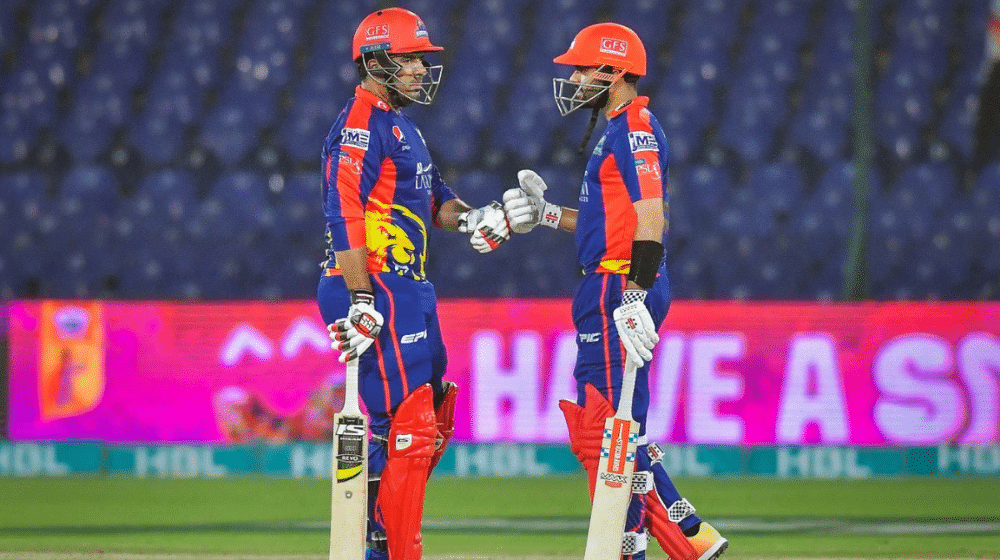 Babar Azam and Sharjeel Khan smashed the Islamabad United bowlers all over the park, recording the highest partnership in Pakistan Super League (PSL) history. Sharjeel scored a magnificent century, while Babar scored yet another half-century in an opening stand of 176. Unfortunately, their brilliant innings went in vain as Islamabad chased down the target and jumped up over Karachi in the PSL points table.

Sharjeel scored the first century of PSL 6 and his second in the tournament. He scored 105 runs off 59 balls, including 8 huge sixes, before being sent back to the pavilion by Hasan Ali. Babar was much more subdued, scoring 62 runs off 54 balls before being run-out.

Karachi will be looking to bounce back in their next match against winless Multan Sultans, scheduled to be played on 27 February. Have a look at Karachi’s PSL schedule here.

Let’s have a look at the top five highest partnerships in PSL history: