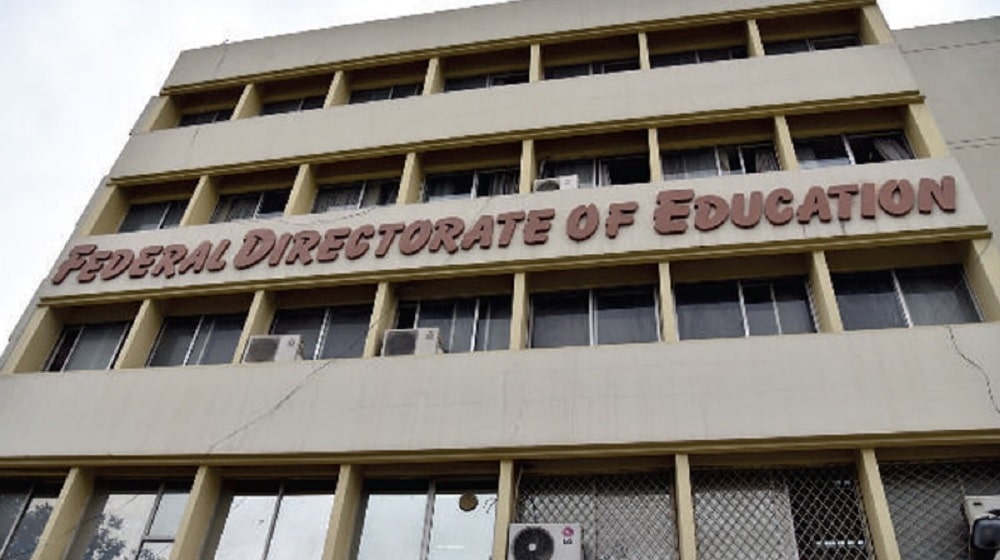 The Federal Directorate of Education (FDE) has introduced new criteria for students seeking promotion to the next class.

According to the official notification, students from class 1 to 9 must obtain a minimum of 40% marks and 75% class attendance in each subject in order to receive a promotion to the next class.

The notification adds that students will not be promoted to the next class in case they fail more than two subjects.

However, students failing two or fewer subjects will only be promoted to the next class if they secure a minimum of 40% marks in the remaining subjects.

The FDE has further divided the subject combination for promotion of failed students from classes 5 to 9 into two categories; I and II.

A spokesperson for FDE has said that the new criteria will come into effect immediately in 424 institutions in FDE’s jurisdiction. In this regard, the heads of the institutions of all the FDE-listed institutions and Area Education Officers (AEO) have been notified as well.