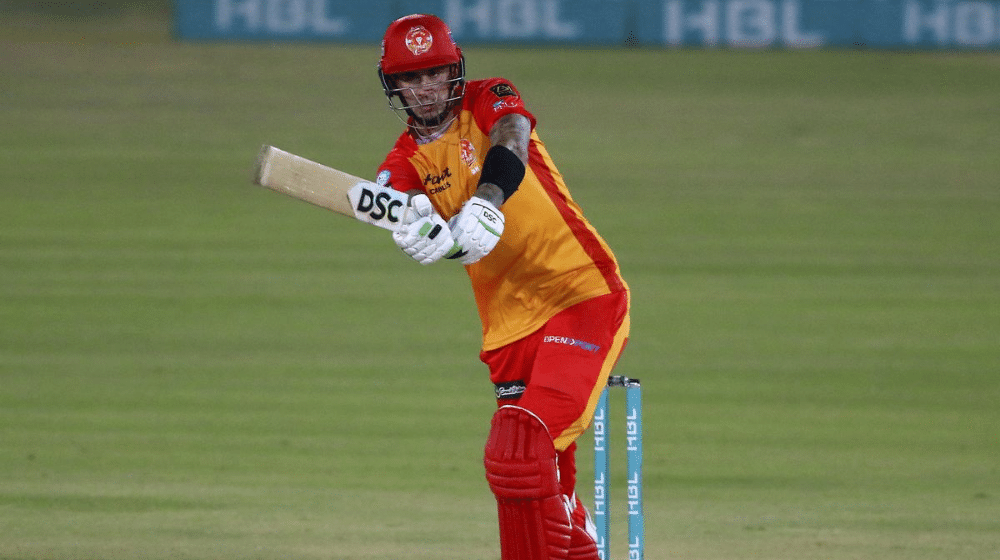 After the outbreak of COVID-19 in PSL’s bio-secure bubble, the Pakistan Cricket Board (PCB) decided to serve food to the players in their hotel rooms rather than in the shared dining room within the bio-secure bubble. Reportedly, the standard of the breakfast served to the players was below par, and Islamabad United’s star batsman, Alex Hales, posted an image of the breakfast on Instagram.

Famous cricket journalist, Sajid Sadiq, took to Twitter to reveal that Alex Hales was disappointed with the quality of the food served to the players.

It seems Alex Hales might not have been happy with the quality of food served to him at breakfast time during the PSL #PSL6 pic.twitter.com/qcAsaWpdBZ

Alex Hales was quick to reply to this and told that this was a one-off incident where he received the wrong order. He said that he only posted it because he found it funny. Hales added that the arrangements made by the PCB have been excellent, and the hospitality and the food have been amazing throughout his stay in the country.

It was one meal where the order was incorrect.. I found it funny, nothing more. The food and hospitality here has been excellent, hope this clears it up 👍🏼

Remaining PSL 2021 Matches Likely to be Held in May

The hysteria amongst the cricketing fraternity in the country is at an all-time high after the postponement of the sixth edition of PSL. There have been numerous instances where people have made false accusations on the management of the tournament.

While, on the other hand, the players and officials taking part in the competition have taken to social media to appreciate the arrangements made for them by PCB.

Alex Hales was part of the Islamabad United squad. He scored 139 runs at an average of 34.75 and an astonishing strike rate of 171.60 in the tournament. Hales will be looking to make a comeback to the England national team and secure his place for the T20 World Cup this year.