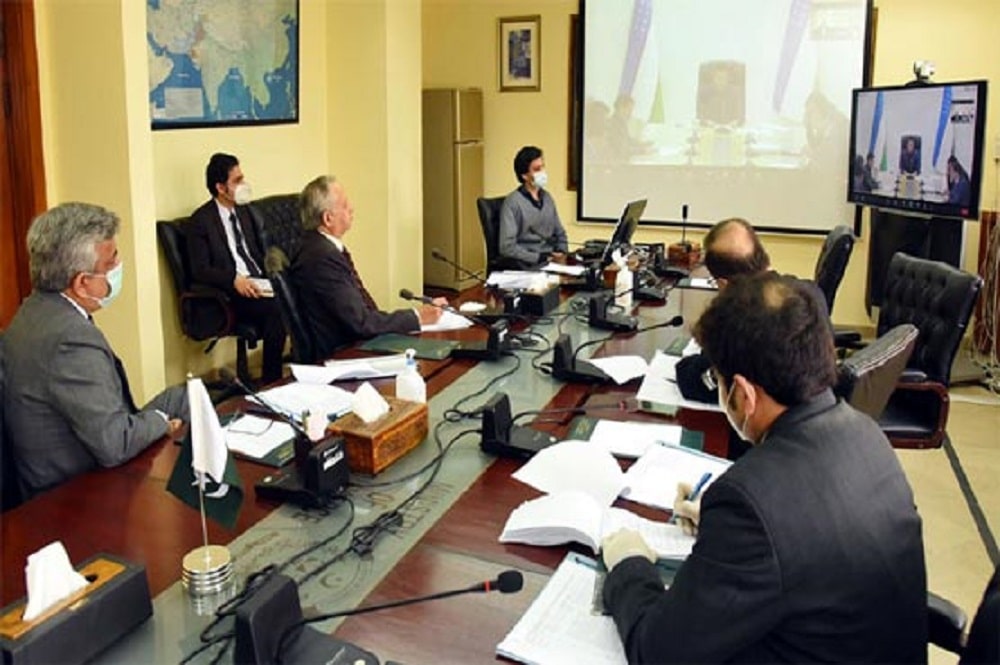 The Advisor to the Prime Minister on Commerce and Investment, Abdul Razak Dawood, held a video call with the Uzbek Deputy Prime Minister, His Excellency Sardor Umurzakov.

During the meeting, both sides expressed the desire to cooperate for the implementation of the decisions made during the visit of the Advisor to Tashkent from 1 February to 3 February as per the agreed timelines.

In order to further deepen the trade ties, both sides also agreed to hold a business conference at Tashkent in July.

The Uzbek Deputy Prime Minister also spoke about the upcoming visit of an Uzbek delegation to Pakistan on 12 March to hold talks on enhancing the progress of the aforementioned matters.

On behalf of Pakistan, Dawood welcomed the delegation and offered assistance with holding meetings with different stakeholders including the customs, maritime affairs, railways, and aviation sectors.

Both sides resolved to implement decisions made during the meetings at Tashkent in February in letter and spirit.