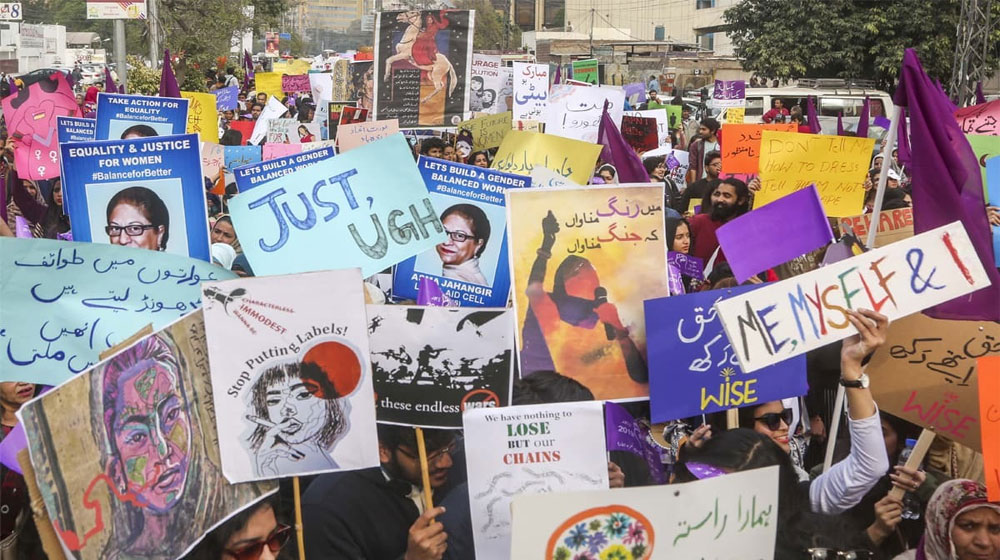 Taking social media reports into account, the federal government has ordered a probe into alleged objectionable activities at the ‘Aurat March’ event on March 8.

At the same time, the government has decided to take action against all elements spreading photoshopped banners and doctored videos on social media.

On Monday, Federal Minister for Religious Affairs, Noorul Haq Qadri, said that the government has directed the concerned authorities to investigate the issue of blasphemous slogans at the Aurat March and the display of objectionable banners.

Pakistan is a country of the faithful, and no such activity in this part of the world can be allowed.

He maintained that the government wants to verify the facts regarding videos and other content appearing on social media concerning objectionable activities on International Women’s Day.

The minister asserted that those responsible for the activity would be exposed and punished according to the law.

Earlier, a video went viral showing the alleged use of blasphemous slogans at the Karachi event attracting a massive backlash on social media. However, the organizers of the Aurat March later exposed the controversy surrounding a video and a banner from their 2021 events in Karachi and Islamabad.

In a statement, the organizers said the video and banner were ‘targeted and manipulated to spread misinformation and malign the march.’

This year, one of our videos was doctored, and heinous allegations are being placed on us as a result.

The organizers said that the video was doctored by adding subtitles that maliciously distorted the word “Orya” (a reference to a columnist) to ‘Aulia.’ Similarly, words like “mullah” and others were doctored and twisted, which changed the content drastically.

They shared the original video as proof to support their stance.

Similarly, a picture of a placard from the march was also making rounds on social media because of its wordings. However, the march organizers refuted the claims that the contents of the banner were purposefully crafted, saying that a woman had only shared her experience of being sexually harassed in childhood.