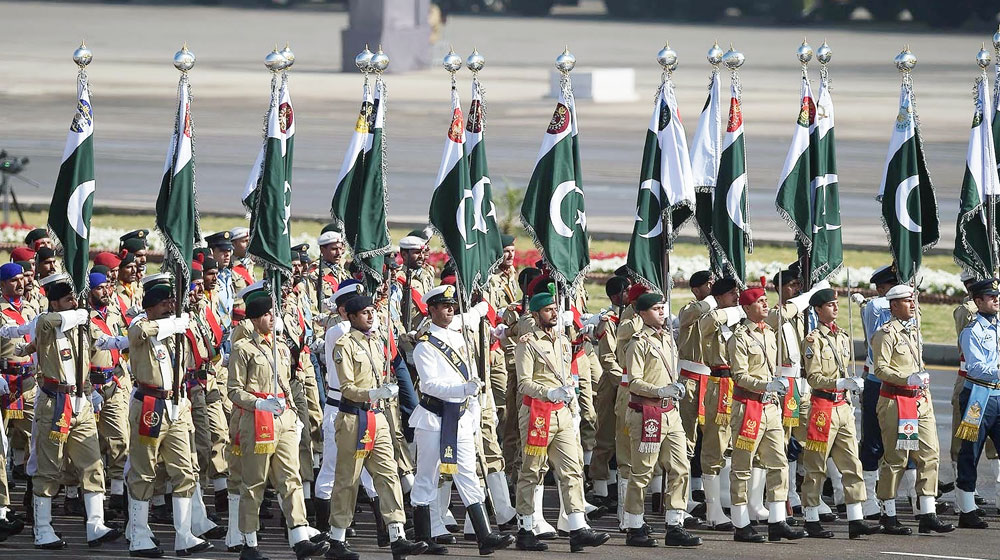 The National Highways and Motorways Police has issued a traffic advisory ahead of the Pakistan Day Parade on March 23. Under the traffic plan, all types of heavy transport vehicles (HTVs) will be barred from entering Islamabad during the parade.

Similarly, heavy traffic coming to the capital from Peshawar-Islamabad Motorway and Lahore-Islamabad Motorway will be barred on the parade day. The entry of heavy goods vehicles coming from the Grand Trunk road will also be closed for Islamabad.

The full-dress rehearsal, in connection with the Pakistan Day Parade, is scheduled for March 17 (today), and the City Traffic Police (CTP) Rawalpindi has finalized all the arrangements as per plan.

Rawalpindi’s Chief Traffic Officer (CTO), Rai Mazhar Iqbal, said that Faizabad interchange would remain closed for all kinds of traffic to Rawalpindi and Islamabad during the rehearsal from morning to the conclusion of the rehearsal.

Furthermore, all traffic on Murree Road headed towards Islamabad will be asked to use diversion points on Double Road Chowk and 9th Avenue.

He said that all the traffic on Murree Road headed towards Islamabad would be directed to use the diversion points of Double Road Chowk and 9th Avenue. Traffic coming from Koral Chowk will pass through Shamsabad via Double Road and 9th Avenue and use Khanna Pull service road to enter Islamabad. 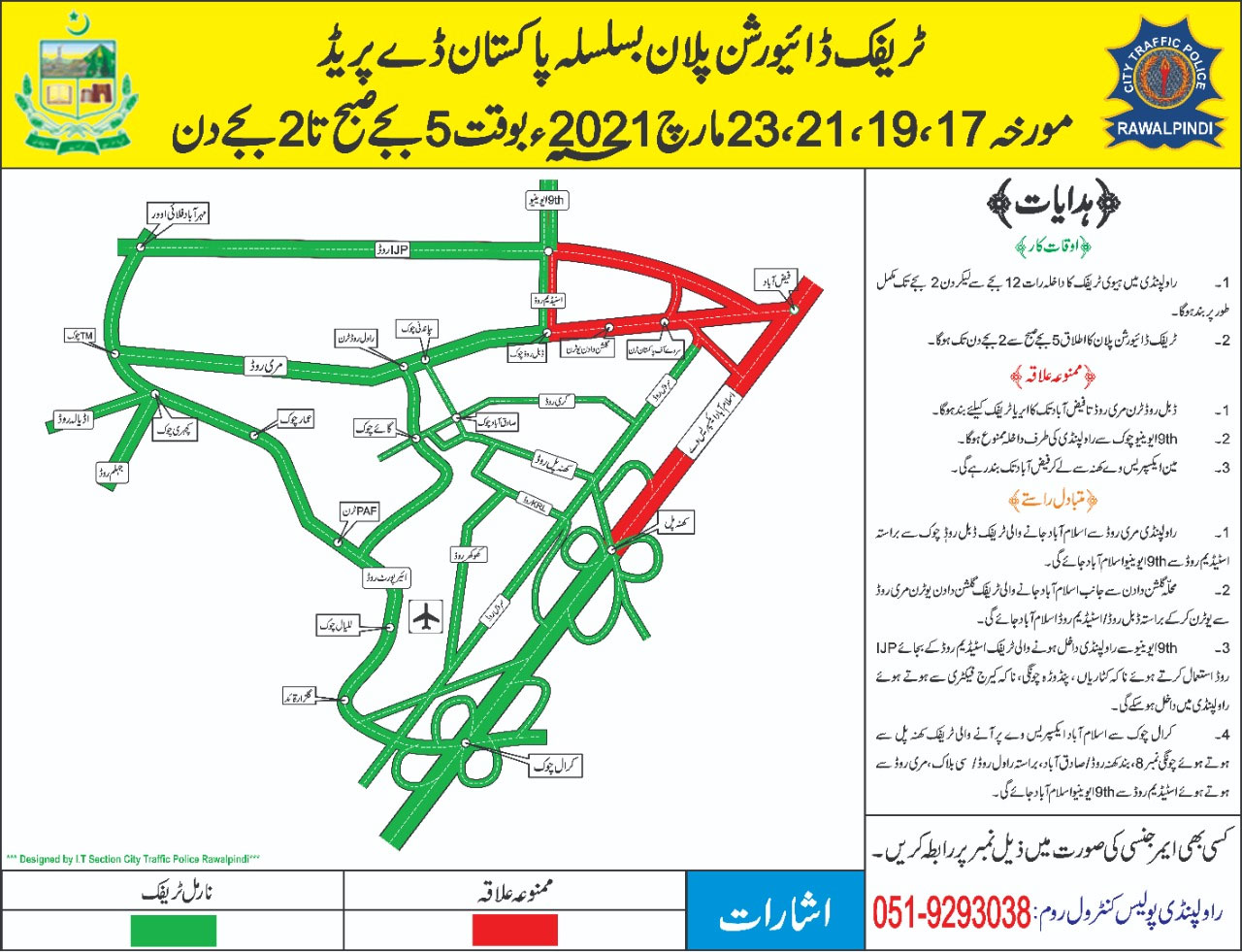 Furthermore, heavy vehicles such as buses, trucks, and trailers will be entirely banned in the city for six days. Public transport from Murree will not be allowed entry in the capital city from Lower Topa, Double Motorway Turn, Dana Mor, and Satra Meel toll plaza.

The officer said that CTP Radio station 88.6 would organize special programs to guide commuters about the blocked roads and traffic diversions. Citizens could also use CTP helpline in case of a query, he added.