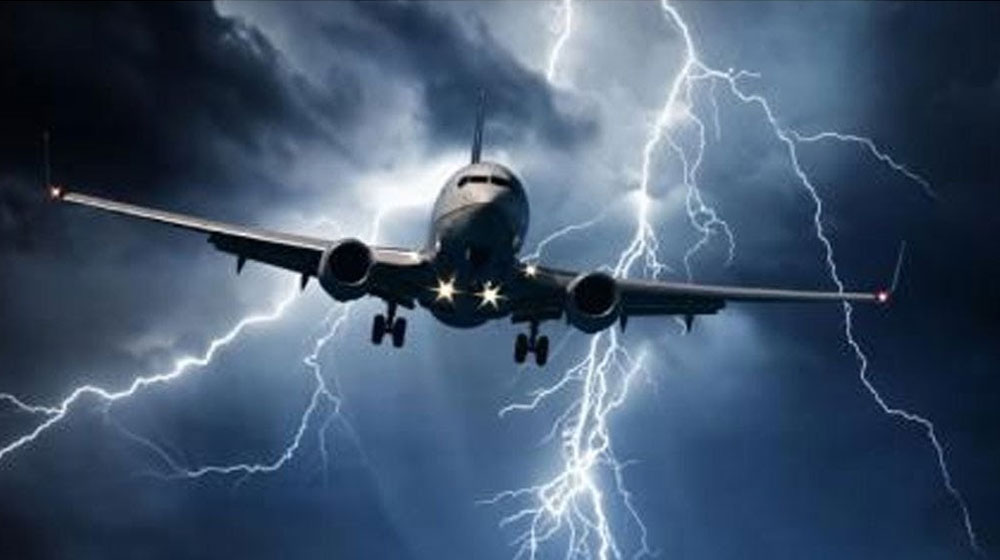 A Lahore-bound flight of Pakistan International Airlines (PIA) was hit by lightning on Thursday.

According to details, PIA flight PK-306 was flying from Karachi to Lahore when it was struck by lightning over Nawabshah.

While confirming the incident, PIA’s spokesperson, Abdullah Khan, said that the primary radar of the aircraft was indirectly and temporarily affected due to the impact of lightning.

A team of PIA’s Engineering and Maintenance Department thoroughly inspected the aircraft after landing at Allama Iqbal International Airport, Lahore, the spokesperson told, adding that the team did not find any signs of a lightning strike and declared the aircraft fit for flying.

Last week, an Abu Dhabi-bound PIA flight PK-217 was forced to make an emergency landing due to a technical fault developed just minutes after taking off from Bacha Khan International Airport, Peshawar.