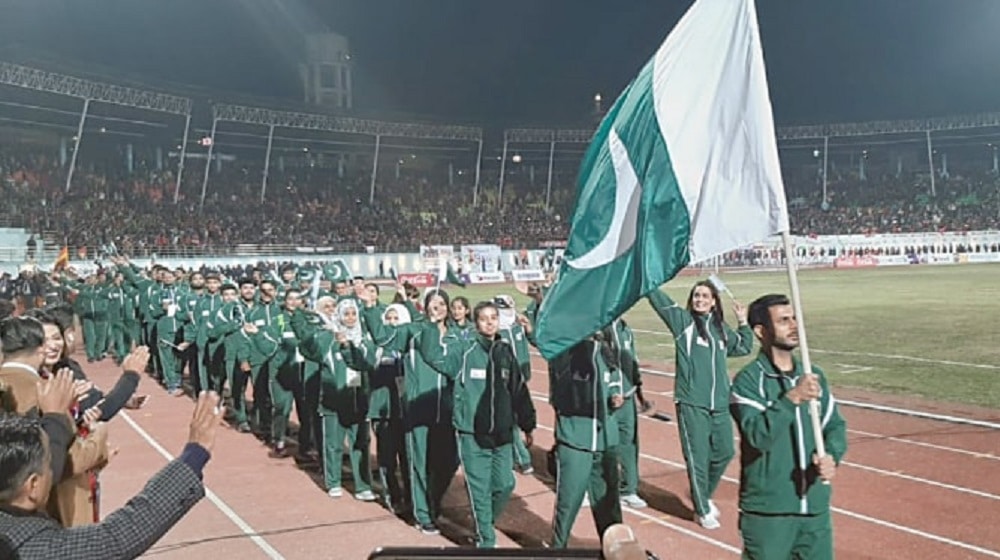 In a recent interview with a local media outlet, Secretary-General POA, Khalid Mehmood, said that official dates for SAG 2023 have not yet decided but POA will try to hold the tournament before PSL 2023, adding that the event’s dates will be finalized after consultation with the South Asian Olympic Council, the governing body of SAG.

POA has also formed a working group that will be tasked with exploring different sporting venues in Punjab, their renovation, construction, and requirement of equipment for the SAG 2023, added Mehmood.

The working group has also sought proposals from sporting federations regarding their training and coaching requirements and other related issues.

Regarding Pakistan’s preparations for the SAG 2023, Mehmood noted that it all depends on how much the government can support all the sporting federations in ensuring quality preparations.

He added that sporting federations have also been directed to prepare athletes in a way so they can capitalize on the home advantage.

Secretary-General POA said that Pakistan’s preparation for SAG 2023 will officially commence in 2022.

POA and PSB have also decided to hold National Games in September 2022 and centralized training camps from October 2022 to January 2023 for the preparations of SAG 2023, concluded Mehmood.

This will be the third time Pakistan will host the SAG. Previously, Pakistan hosted the 4th SAG in 1989 and the 9th SAG in 2004. The 14th SAG was originally scheduled for late 2021 but was postponed due to the Coronavirus pandemic.