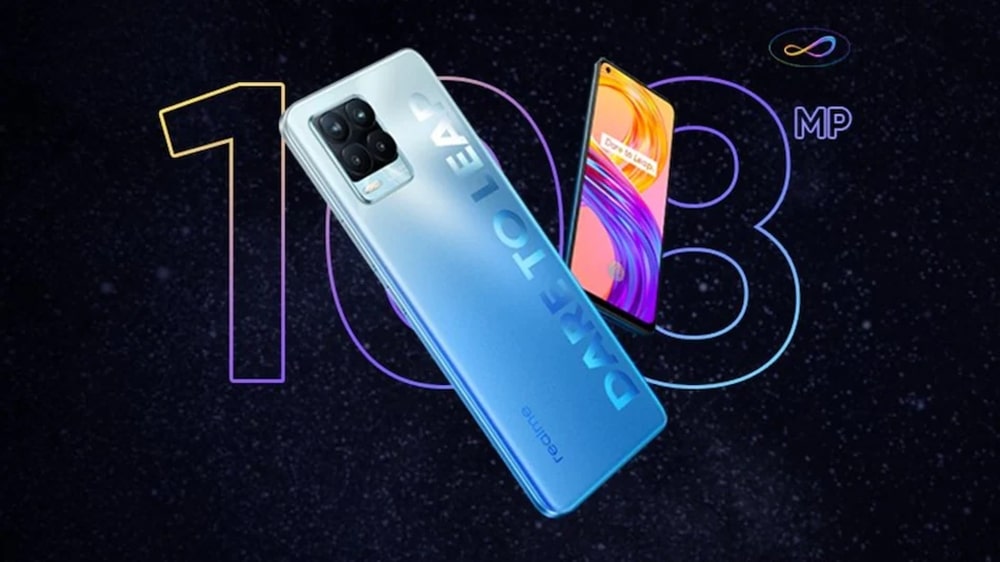 Realme has unveiled the latest entries in its mid-range series, the Realme 8 and 8 Pro. Although the handsets have been launched as the successors of the Realme 7 series, they don’t exactly come with major upgrades except in the camera department. Moreover, the chipset used is the same that we saw in Realme 6 Pro. 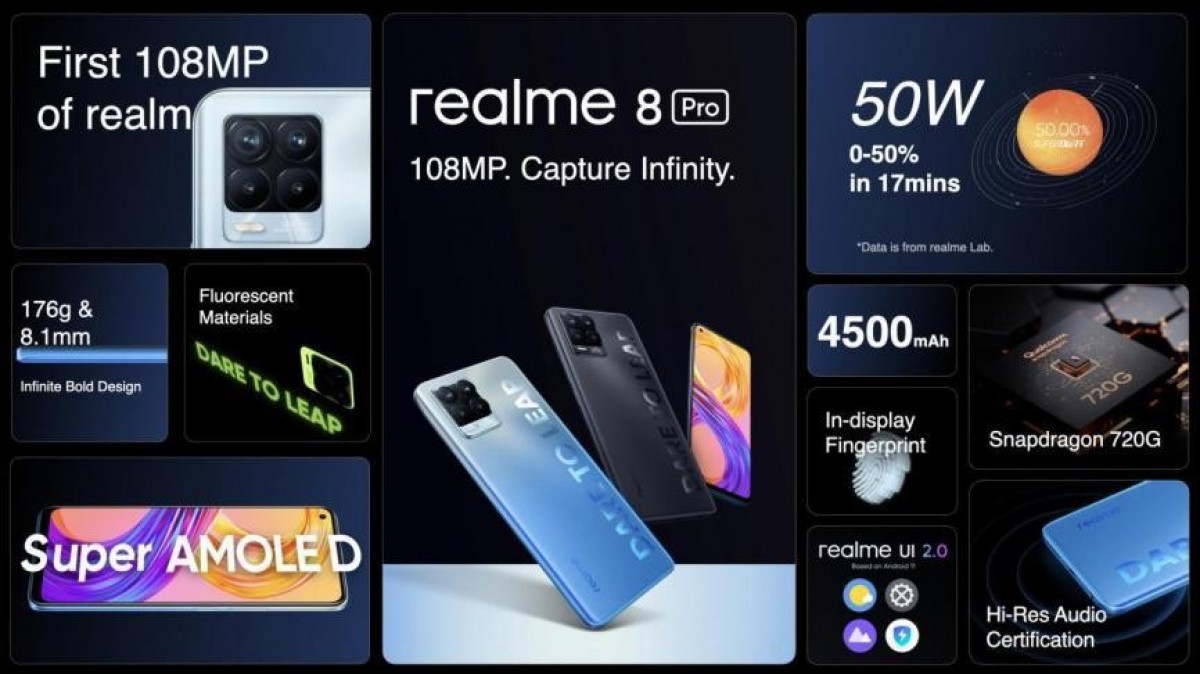 In the design department, the Realme 8 and 8 Pro come with the typical Realme mid-range handset finish that mimics rays of light. The words Dare to leap are inscribed on the right edge of the phone in bold. In addition to this, the phones come with a huge squircle rear camera bump with the imaging sensor slightly protruding from the base. 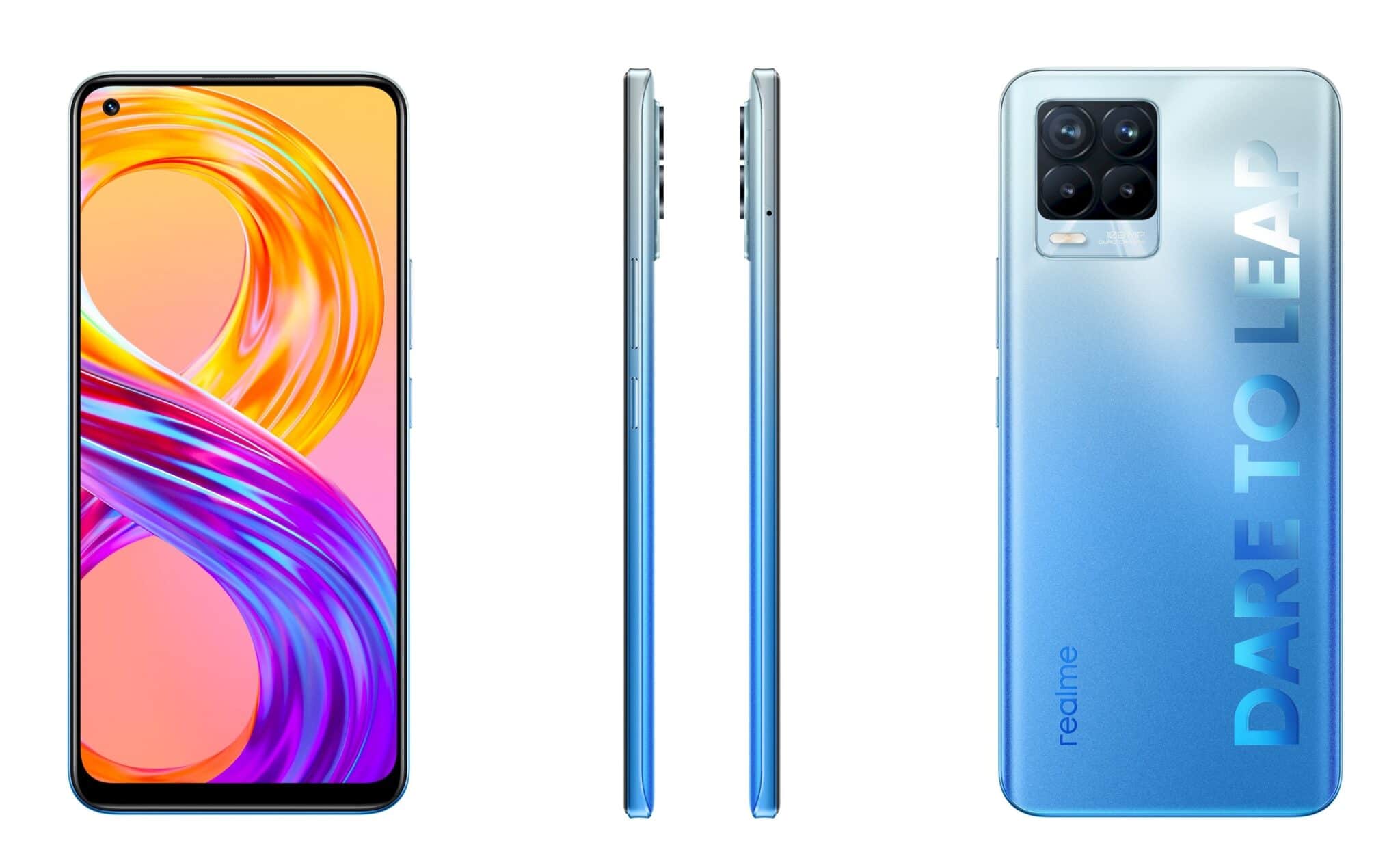 The handsets are built around a 6.4-inch AMOLED panel with 1080p resolution, a 20:9 aspect ratio, and 1000 nits brightness. The touch sampling rate has been upgraded to 180 Hz but the display refresh rate is still limited to 60 Hz. Note that the Realme 7 series came with a 90 Hz refresh rate. 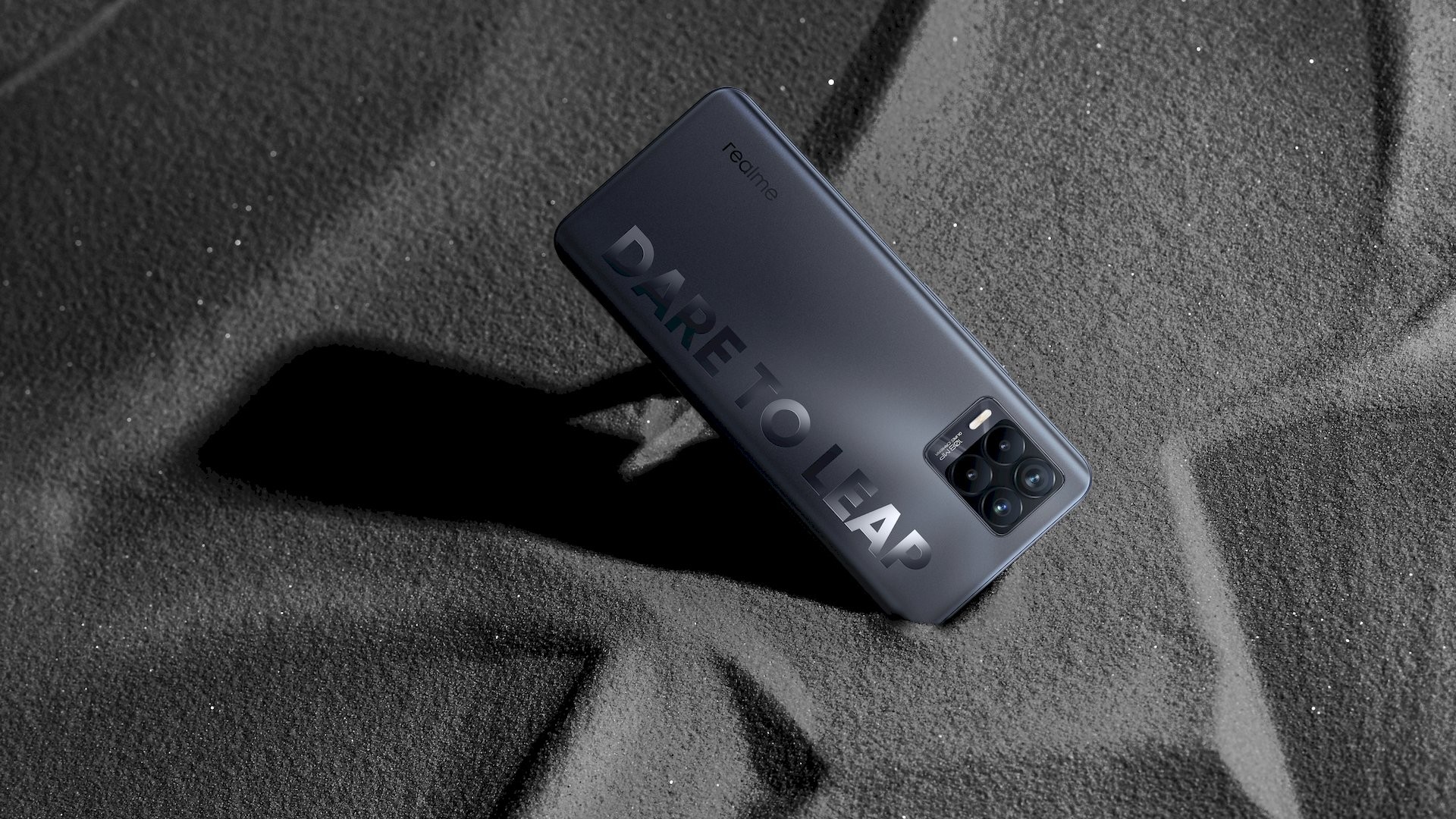 The Realme 8 comes with MediaTek’s Helio G95 at the helm, the same chipset that powered its predecessor. However, to beef up the cooling system, the company has switched to a carbon fibre setup with copper which improved cooling efficiency by 14%. In terms of memory, it offers 4 GB, 6 GB, or 8 GB RAM and 128 GB onboard storage.

The Realme 8 Pro, on the other hand, is powered by the Snapdragon 720G, the same chipset we saw in Realme 7 Pro and Realme 6 Pro. The company has tweaked its Realme UI to run on that particular chip which is why it is most likely having a hard time letting it go. The memory variants offered are 6/128 GB and 8/128 GB.

On the software front, the handsets run Realme UI 2.0 on top of Android 11.

Since both the handsets are camera-oriented devices, they come with high-end camera features. The Realme 8 flaunts a 64 MP quad-sensor camera setup on the back. The main camera is complemented by an 8 MP ultra-wide-angle camera and the two additional modules, i.e., 2 MP macro lens and 2 MP B&W sensors.

The Pro model comes with a 108 MP Samsung HM2 sensor that has 0.7 µm pixels and supports 9-in-1 binning. The final image has a 12 MP resolution. In addition to this, the phone is equipped with an 8 MP ultra-wide sensor, a 2 MP macro lens, and a 2 MP depth sensor.

Both handsets come with a 16 MP single sensor shooter for selfies.

Both handsets pack a 5000 mAh battery with 30W Dart charging. According to the company, the phones top up to 50 percent in 26 minutes.

The Realme 8 and 8 Pro will become available in India tomorrow, with starting prices around $206 and $247 respectively.