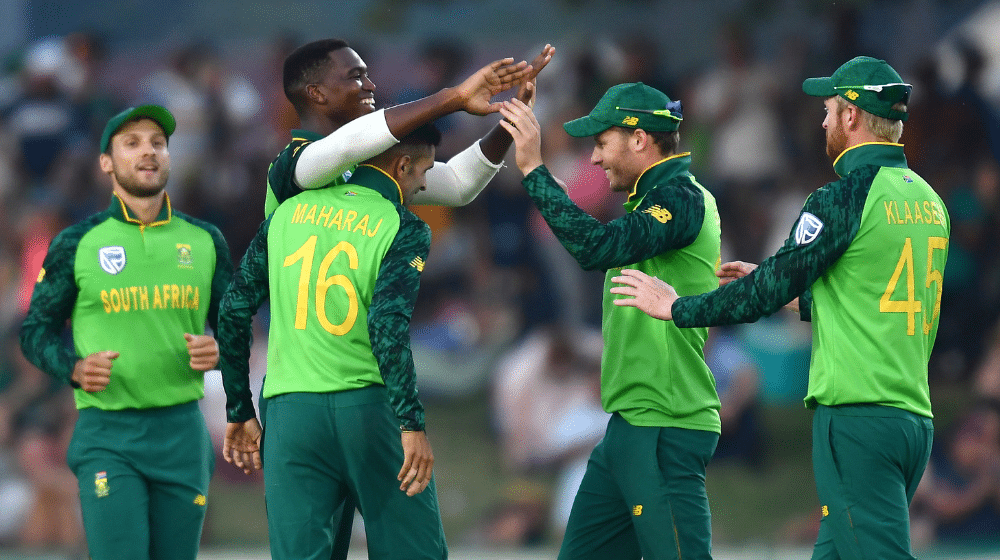 According to reports, South African players, which are part of the ODI squad for the series against Pakistan, will be allowed to leave for the Indian Premier League (IPL) during the ODI series. South Africa is expected to lose star players after the second ODI, dealing a significant blow to the team’s chances of winning the ODI series.

Cricket South Africa (CSA) explained that they had signed a contract with the Board of Cricket for Control in India (BCCI), which enables the players to take part in IPL instead of participating in international matches.

There have been many calls by ex-cricketers and fans from all over the world that IPL will lead to the destruction of international cricket, and the latest incident has once again proved that signing an IPL contract is more lucrative for players instead of playing international cricket.

Kagiso Rabada, David Miller, Lungi Ngidi, Quinto De Kock, and Anrich Nortje will travel to India to take part in the IPL after the conclusion of the second ODI between South Africa and Pakistan. The players were not selected for the T20I series due to the same reason. The latest development will be a massive hit to South Africa’s aspirations to climb up the ICC Cricket World Cup Super League.

The legendary South African pacer, Dale Steyn, also raised concerns about the players’ preference of IPL over international duty. Steyn was not happy at the exclusion of star players from the T20I squad and said,  “I missed the reason why our big dogs aren’t playing the T20s against Pak?”

Pakistan will be looking to take full advantage of the situation and win the series to move up the rankings. Currently, Pakistan sits at 8th in the rankings, having won 2 out of the three matches they have played so far.