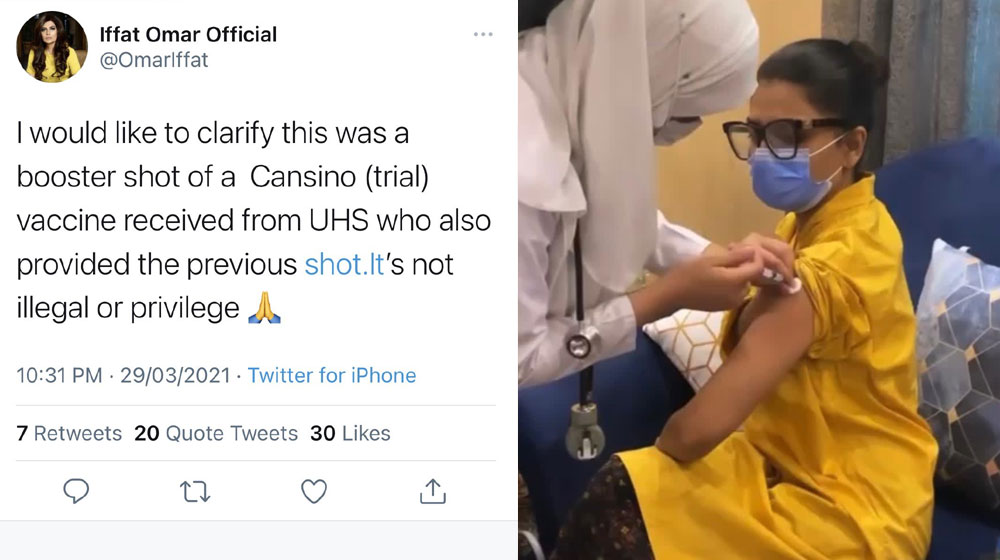 After receiving the out-of-turn COVID-19 vaccine at Federal Minister for Housing, Tariq Bashir Cheema’s residence, renowned actress and show host, Iffat Omar, is now trying to cover it up with foolish explanations.

Famous TV Reporter Uses Influence to Get Vaccinated for COVID-19

In a recent tweet, Iffat shared a clip from Geo News, in which Cheema had maintained they received booster shots and not the actual vaccine.  The actress shared the video clip with a caption, “Take it easy.”

In a previous tweet, she claimed that they had received a booster shot of the Cansino (trial) vaccine from a team of the University Of Health Sciences (UHS). The same team had visited earlier to give them the first trial vaccine booster. She later deleted the tweet. 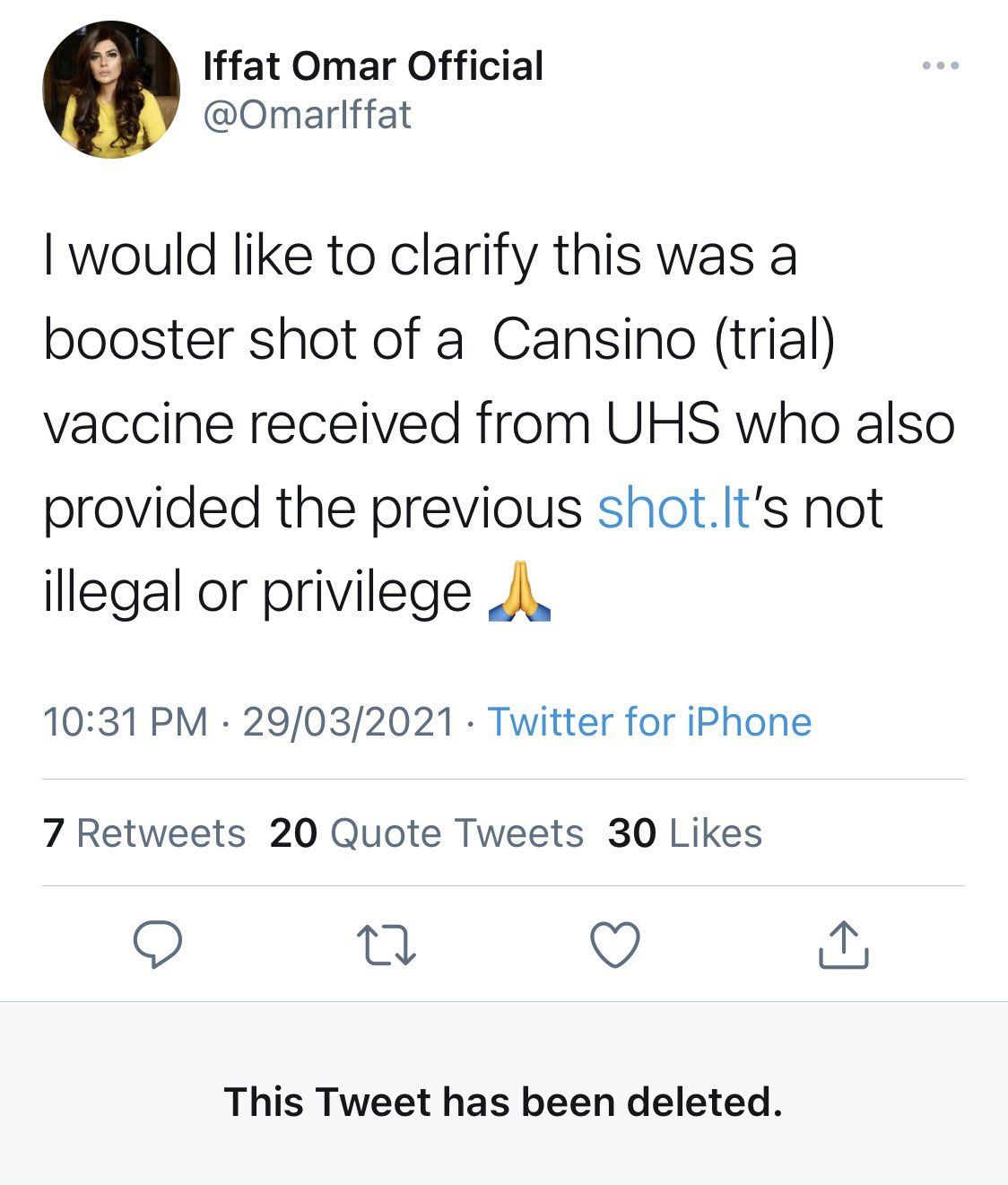 Meanwhile, the National Command and Operation Center (NCOC) has announced to hold an inquiry into the matter of the federal minister and his family getting out-of-turn COVID-19 vaccination using his influence.

The Federal Minister for Planning and Development, Asad Umar, who also spearheads the government’s drive against COVID-19, while talking to a news channel, said:

We have learned that a number of seg­ments of society are involved in such practice. People are vaccinated and they are included in the list of hea­lthcare workers. Du­­r­ing a meeting of the NCOC, it was decided to the first inqu­ire that whether the family members of the minister were vaccinated in Islam­a­bad or Punjab.

His remarks came in response to a question related to a video that showed Tariq Cheema, his family members, and Iffat Omar, who happens to be his family-friend, being vaccinated.