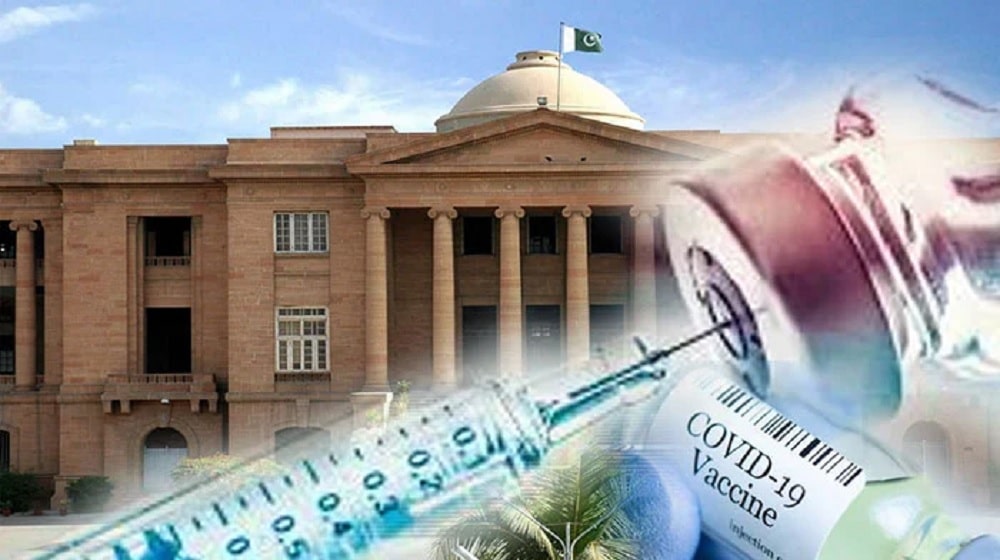 The Sindh High Court (SHC) has directed the federal government to fix the price of Russia’s Sputnik-V vaccine within a week.

A two-member bench comprising of Justice Muhammad Ali Mazhar and Justice Amjad Ali Sahito heard and disposed of the Drug Regulatory Authority of Pakistan’s (DRAP) appeal challenging a single bench’s verdict on 18 March in which the court suspended DRAP’s notification withdrawing exemption in import of coronavirus vaccines to a private pharma company.

The firm’s counsel contended that DRAP initially allowed the company to import the vaccine, however, once the pharma firm imported one million doses, it was stopped from selling the vaccine.

“We have already invested $45 million and imported the vaccine. What should we do now?” he lamented.

The DRAP’s lawyer requested the court not to permit the sale of imported vaccine by the private company till its price is determined. He said that only the government can fix the price of the vaccine.

Justice Amjad Ali Sehto expressed frustration at this and asked DRAP’s lawyer that why is the government wasting so much time in fixing the vaccine’s price?

Minister and Actress Caught Lying After Using Influence to Get Vaccine

“We will determine the price of the vaccine this week. Give us time to consult with the federal government,” DRAP’s lawyer said.

The court ordered the federal government to determine the price of the vaccine within a week and adjourned the hearing.