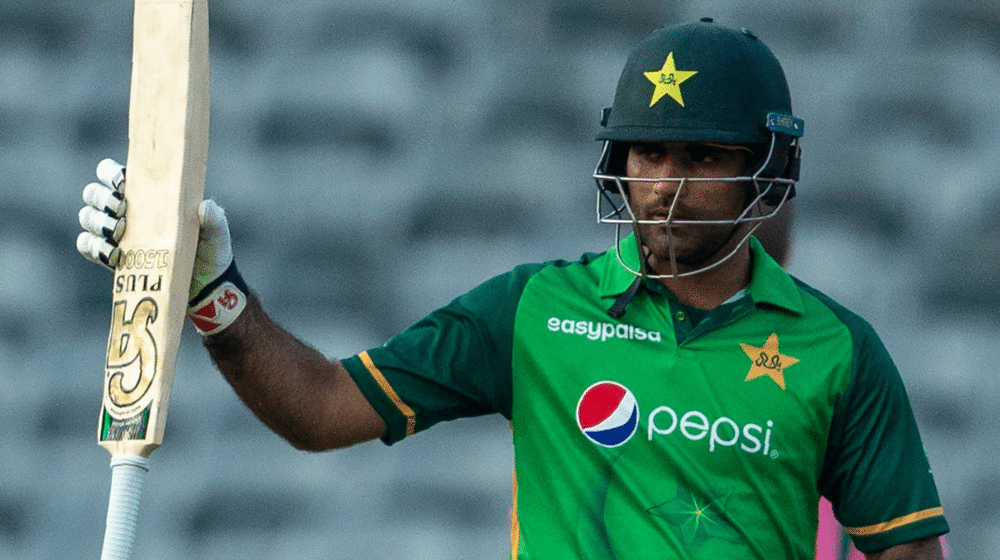 Fakhar Zaman has climbed up seven spots in the ICC ODI batting rankings and is now placed at 12th after his iconic innings of 193 against South Africa in the second ODI. His fellow opener, Imam-ul-Haq, has slipped down one position and is now ranked number 13 in the world.

Elsewhere, Pakistan’s all-format captain, Babar Azam, is now just five points behind the number one ODI batsman in the world, Virat Kohli, and a good showing in the third ODI against South Africa can see Babar climb to the top.

Fakhar Zaman has made an exceptional comeback to the ODI side. He was dropped for Pakistan’s previous ODI series against Zimbabwe after a string of poor performances. He put in the hard work at the domestic level and regained his form in the National T20 Cup and Pakistan Cup, making his way back to the national side.

Fakhar played one of the best ODI innings in history in the second ODI, scoring 193 off 155 balls, almost pulling off an amazing comeback for Pakistan, before losing his wicket to a controversial run-out.

Fakhar, Imam, and Babar will be hoping to continue their ascension in the ICC ODI batsmen rankings in the ongoing 3rd ODI.