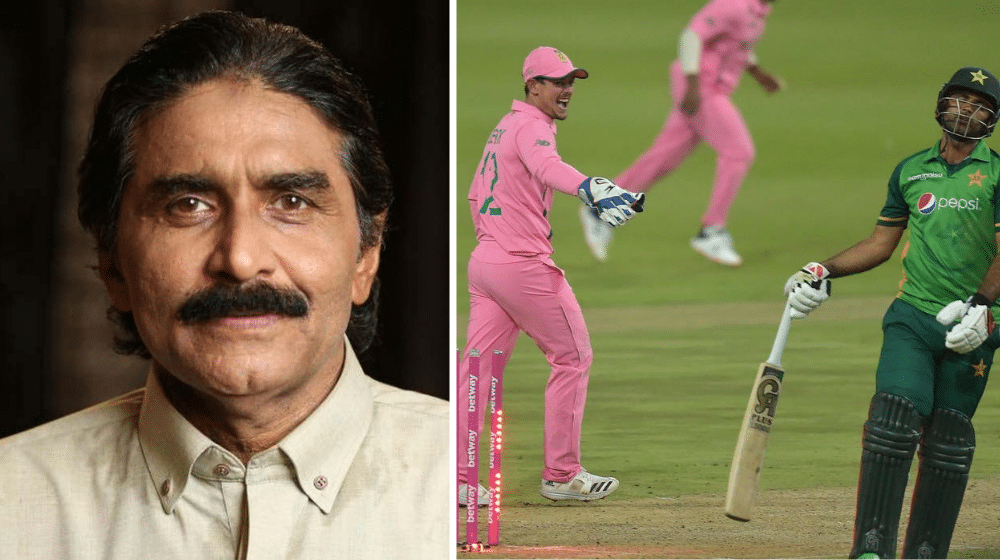 Former captain, Javed Miandad, has termed South African wicket-keeper, Quinton de Kock, smart for his role in the controversial run-out of Fakhar Zaman. Miandad said that it was smart of de Kock to deceive Fakhar during the run-out in the second ODI.

Miandad said that a cricketer cannot take his eyes off the ball under any circumstance and shifted all the blame towards Fakhar. He believes that Fakhar should have been focused on completing the run first and then worry about his partner at the other end.

Miandad said, “You must love your wicket and runs like a man loves a woman. When you do that, you can’t get run out like this.”

The legendary middle-order batsman said that smart cricket is required to gain an advantage over your opposition and claimed that the Pakistan team used to apply similar tactics during his playing days.

“We also used to do that. I used to pretend that I am throwing the ball to the bowler’s end but would through towards the wicket-keeper to get the opponent run out. That must be considered smart,” he said.

Despite Fakhar’s amazing innings of 193, Pakistan were unable to chase down a mammoth total of 342, ultimately losing the match by 17 runs, as South Africa leveled the series 1-1. Pakistan will look to win the third ODI at Centurion on Wednesday, claiming their second-ever series win against the Proteas in South Africa.