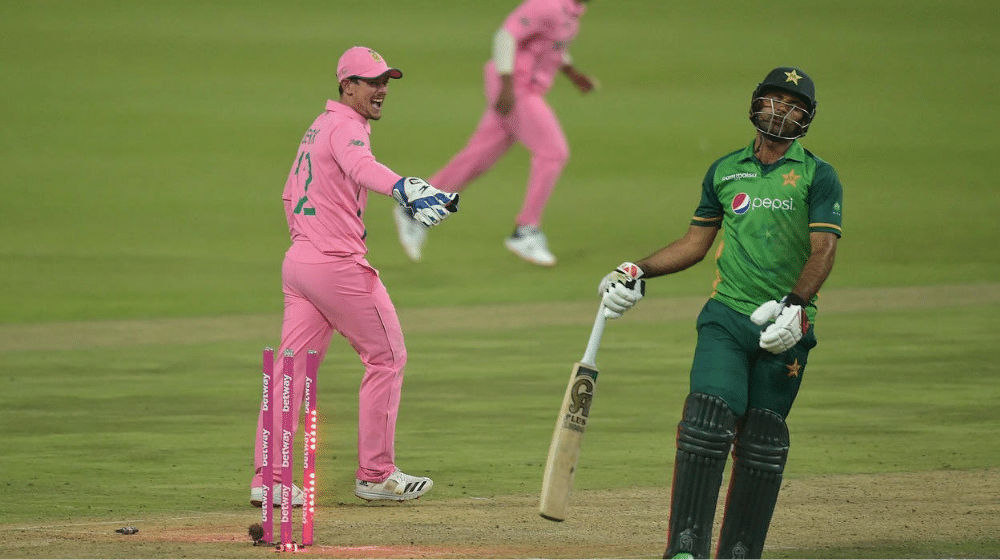 “Looking at it, it didn’t feel right and I think it was definitely done on purpose to try and deceive,” said Pollock, adding that de Kock did it intentionally to slow down Fakhar.

Shaun, however, agreed that de Kock’s act was directed at distracting the batsman.

When you look at the incident and analyze it, it’s the action of putting the hand up, you can see the distraction for the batsman and the fact that he laughed afterward.

Pollock said he wasn’t sure if the wicketkeeper-batsman knew his act was wrong, as a lot of players are unaware of the rule. He believed Quinton was not aware of the law that prohibits to “distract, deceive or obstruct” a batsman.

The former captain believed that the matter should have been referred to the third umpire for a ruling.

Chasing 342 in the second ODI on Sunday, Fakhar on 193, was leading the chase all alone, and Pakistan required 31 off the final six balls. However, de Kock’s ‘deception led to his run out and Pakistan lost the game by 21 runs, with the opener falling 7 runs short of his second double ton in ODIs.