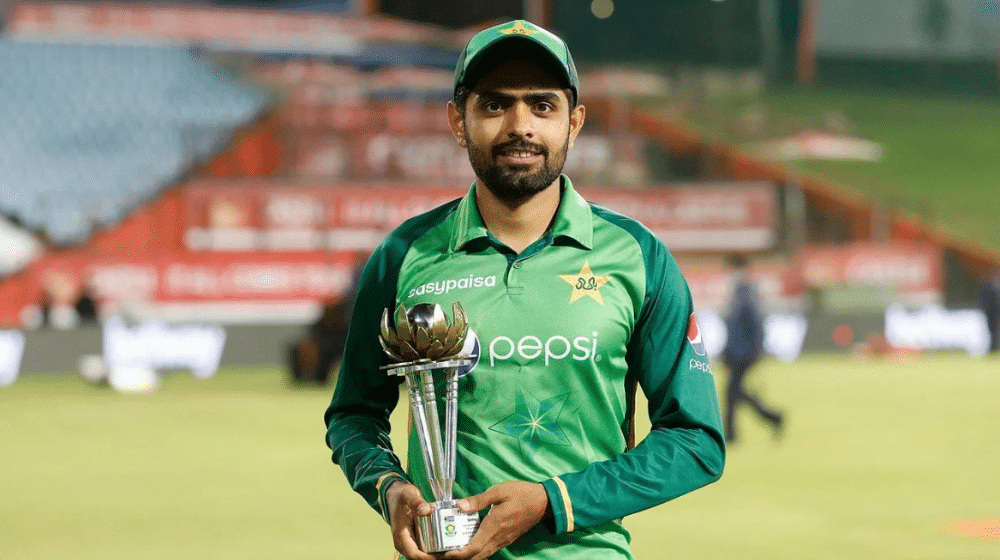 Babar Azam’s consistent performances over the past few years have helped him to propel to the top of the ICC ODI batsmen rankings, surpassing Indian captain, Virat Kohli, who was ranked as the number one ODI batsman since 2017.

International Cricket Council (ICC) is yet to update the official rankings, but it stands as a mere formality before Babar is officially announced as the new number one ODI batsman in the world.

Babar required a score in excess of 70 runs prior to the start of the third ODI between Pakistan and South Africa to cover the gap of 5 rating points between the two batsmen. Babar managed to score 94 runs, falling only six short of his fourteenth ODI century. His magnificent innings helped Pakistan to win the match by 28 runs and the series by 2-1.

In the first ODI, Babar became the quickest batsman in the world to score 13 ODI centuries, taking only 76 innings to achieve the feat, surpassing Hashim Amla, who took 83 innings.

Babar’s record in the ODIs has been exceptional. He has scored 3,808 runs, including 13 centuries, the third most by a Pakistani batsman, at an average of 56.83 in 80 matches.