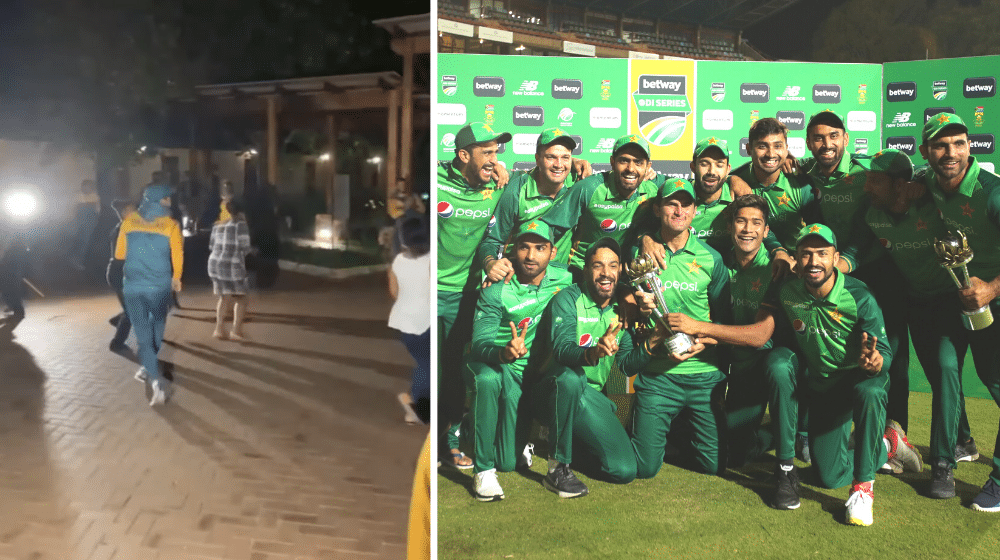 Pakistan became the first Asian side to win multiple ODI series against South Africa in South Africa. The historic series win propelled the Men in Green to the 2nd spot in the ICC Cricket World Cup Super League, and Pakistan’s all-format captain, Babar Azam, is expected to be crowned the new number one ODI batsman in the world, overtaking his Indian counterpart, Virat Kohli.

The national team received a warm welcome from the staff upon their arrival at the hotel. The hotel crew welcomed the Men in Green with music, and a few members of the national team danced to the tunes along with the hotel staff. The video of the celebrations was uploaded across various social media platforms.

The fast bowler, Haris Rauf, who finished as the joint leading wicket-taker in the series, with 7 wickets to his name, seems to be enjoying his time in the rainbow nation, dancing to the tunes along with the hotel staff.

After the conclusion of the ODI series, both the teams will be raring to go in the upcoming T20I series, scheduled to begin from 10 April at Johannesburg. Both the teams will be looking to try different players and combinations to prepare for the T20 World Cup in India, set to be played between October and November.