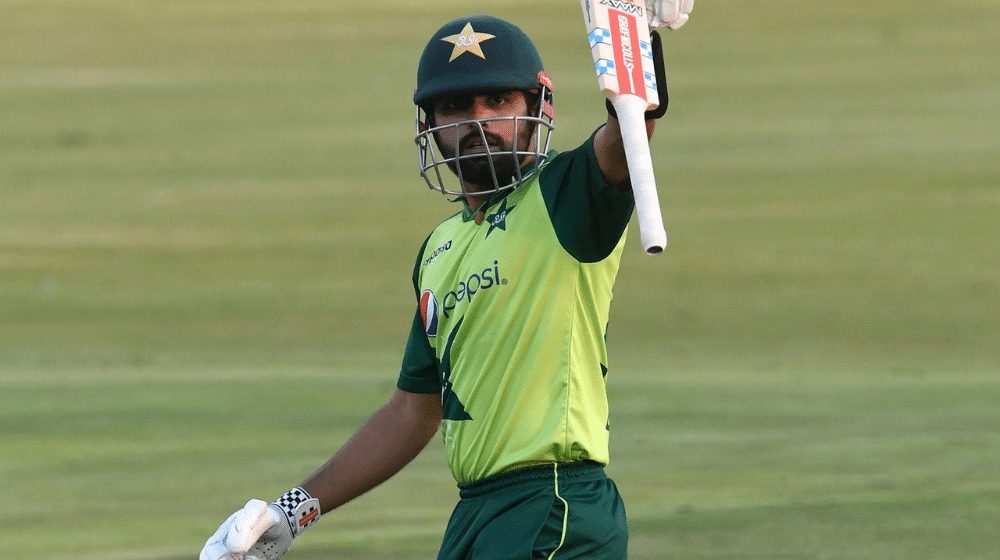 Pakistan all-format captain, Babar Azam has jumped up to number two in the ICC T20I batsman rankings after a magnificent display with the bat in the four-match T20I series against South Africa. Babar gained 47 points in the series, overtaking Australian captain, Aaron Finch, as the number 2 ranked batsman.

Despite his brilliant performances, Babar is still behind English batsman, Dawid Malan, who sits at the first spot, 48 points ahead of Babar. The star batsman can narrow the gap in the ongoing series against Zimbabwe.

Babar has been at the top of his game for the past few years and he was recently crowned as the number one ODI batsman in the world, surpassing Indian captain, Virat Kohli, who held the spot for almost four years.

Similarly, opener Fakhar Zaman follows up his progress in the ODI rankings with that in T20Is, gaining 17 slots to reach 33rd position after scores of 8* and 60 in the last two matches. Wicketkeeper-batsman Mohammad Rizwan, who notched an unbeaten knock of 73 in the third match, has advanced eight places to reach a career-best 15th position.

Although Pakistan won the four match T20I series, 3-1, they are still ranked fourth in the world. They gained two points by winning the series and closed the gap to 5 points to the third placed Australia. Pakistan can gain a maximum of three points if they win their series against Zimbabwe 3-0.