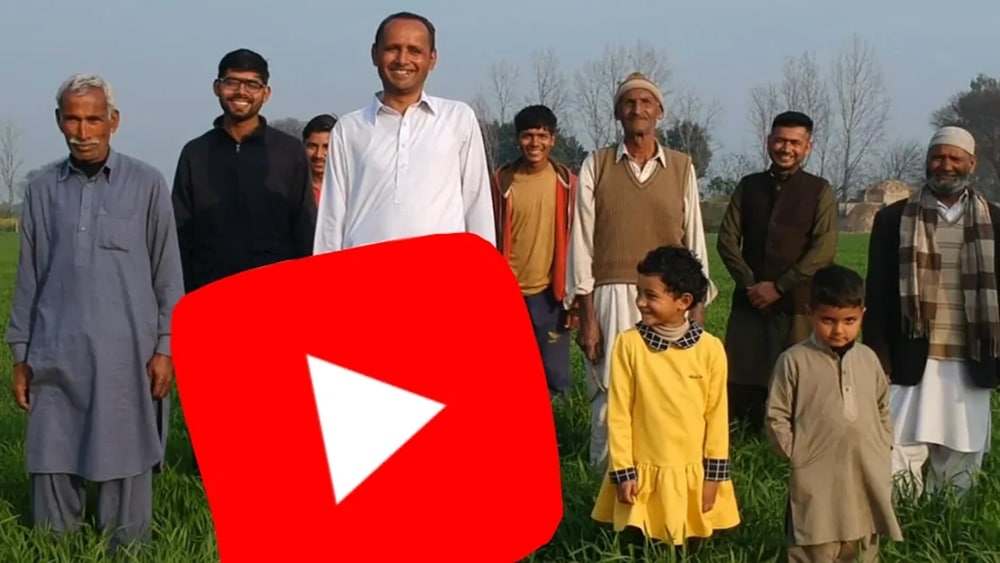 If you are a fan of watching and following cooking videos, you might have come across a channel called ‘Village Food Secrets’ on YouTube. Over the past year, the channel has gained a lot of traction locally and internationally.

The channel is run by Mubashir Saddique, a middle-aged man who lives in the rural outskirts of Sialkot called Shahpur. Due to the growing popularity of the channel and the unique content Saddique uploads, Google decided to celebrate its success of surpassing 2.8 million users via a featured video.

In the video, Saddique talks about how he started filming on a mid-range handset even though he didn’t have internet access. To upload and edit the videos on his channel, he would use a small internet room in the football factory he worked at.

Saddique was always fond of cooking. However, he could only cook for his family over the weekend. To help him follow his passion, Saddique’s brother introduced him to the world of vlogging. Hence, he joined YouTube in January of 2017 and started the channel that showcases Pakistan’s beautiful countryside and the recipes rooted in village traditions.

Saddique has become a role model for many and has inspired many creative minds from the rural areas of Pakistan to take a step towards following their passions.