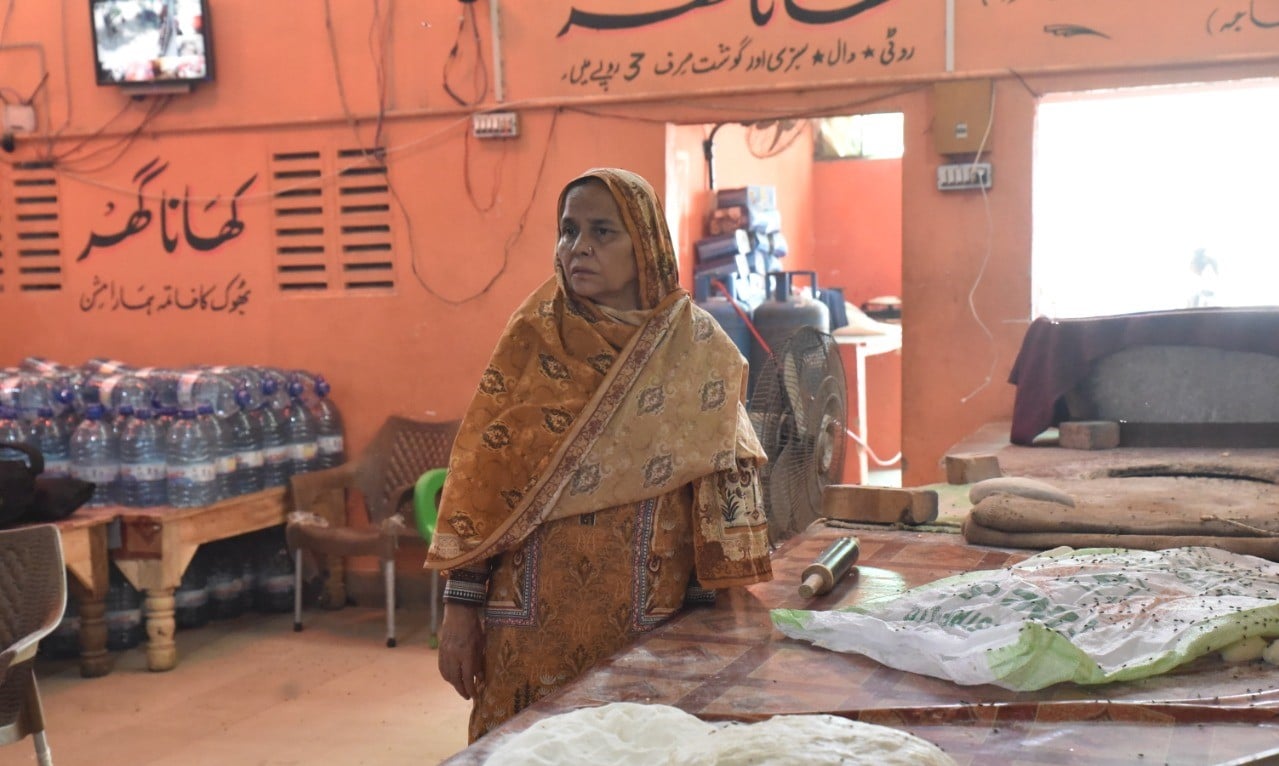 We’ve grown up with heroes like Edhi, who dedicated their lives to other people, their well-being, and their livelihood. Sadly, individuals who work towards the welfare of others have become increasingly rare in a society that is highly cut-throat and fast-paced.

With not even a moment to sit back and think about ourselves, much less take note of the thousands of people facing hardships to access even basic human requirements, we fail to make even a slight difference in the lives of those who are much less privileged than us.

During this holy month of Ramzan, one such basic human requirement that is highlighted more than ever before is access to food. Lack of food regulation has led to inequality of food resources in society. It is heartbreaking to see those hailing from impoverished backgrounds unable to provide even two meals a day for themselves and their families.

In 2018, Ufone introduced us to a remarkable woman, a woman who despite the odds piled up against her; started a journey to eliminate food insecurity in Karachi. She was Parveen Saeed, the founder and owner of Khana Ghar.

Khana Ghar started its journey through a small Dhaba that started at Khuda Ki Basti, Karachi in 2002. Later, in 2009 another Khana Ghar was established. Providing healthy meals for people hailing from poor households. The concept behind this initiative was not free hand-outs, but rather earning enough money to enjoy your meal.

Selling a full meal at the price of just Rs. 3 and feeding approximately 300 people a day, Khana Ghar by Parveen Saeed became a haven for people who previously had to sleep on empty stomachs.

Recently, for her phenomenal work for the impoverished, she was awarded the ‘Pride of Pakistan’ during the March 23, 2021 parade.

Recalling how all of this started, Parveen said, “I came across this idea because of very heart-wrenching news I found. I came to know a mother had killed two of her children due to her failure of proving them with a meal. I went to meet this woman, alarmed at how a mother could take such a step. Surely, she could have provided one meal for her children.”

“Sadly, when I met her and asked how she could do something like this, I came to discover the pitiable state a household can be in. From here, I felt it was my calling to assist those who needed it. I had to do something, no matter how small for these people who could not even afford one meal a day,” Parveen added.

She further said that she could have never imagined this project to become this big. “I see people from everywhere come together under the Khana Ghar banner and provide food and rations.”

Looking back at how she gained more recognition on media she thanked Ufone for their role in propelling her efforts to people across the nation through their campaign ‘Bano Achai ki Misal’. Parveen added, “Through efforts by Ufone I was able to properly explain my ideas and visions on multiple platforms and this served as a great source of people to get a clearer picture of Khana Ghar.”

With inflation and food insecurity at their peak, set-ups such as Khana Ghar remind us that we are not dependent on others. Taking just baby steps can surely enhance the quality of life for others.