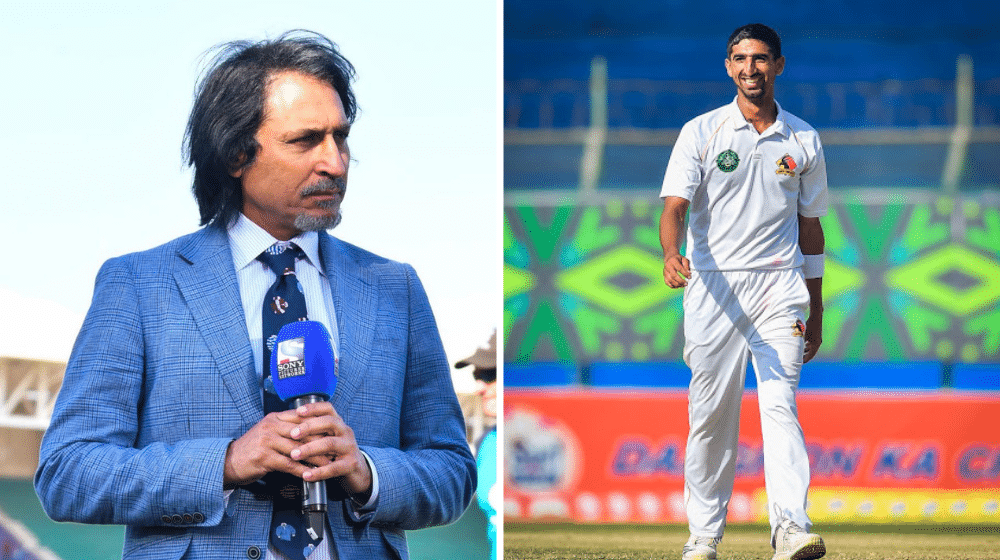 The former Pakistan captain and current commentator, Ramiz Raja, wants Pakistan to hand a debut to the young fast bowler, Shahnawaz Dahani, in the second Test match against Zimbabwe. Dahani rose to fame in the sixth edition of the Pakistan Super League (PSL) for his magnificent bowling displays and his lively character.

Hasan Ali Reveals How He Became A Better Test Bowler

Dahani was one of the leading fast bowlers in last season’s Quaid-e-Azam Trophy, picking up 26 wickets at an average of 31.19 in 7 matches. Dahani was also the third-highest wicket-taker in the postponed PSL 6. He picked up nine scalps at an average of 17.22 in four matches.

Ramiz believes this a perfect opportunity for the national team to try new faces and give them a taste of international cricket. Ramiz is of the view that Pakistan should make little work of Zimbabwe in the second Test match as well and look to finish off the game within three days once again.

“New players should be given an opportunity. I’m hopeful that we get to see [Shahnawaz] Dahani in the second Test match and one or two other changes in batting and bowling,” Ramiz said.

Pakistan handed a debut to off-spinner, Sajid Khan, in the first Test match, rewarded for his magnificent performances in the domestic circuit. Although he went wicket-less in the match, he impressed with his accuracy and variations.

Pakistan won the first match by an innings and 116 runs with established players Fawad Alam and Hasan Ali putting in match-winning performances. Pakistan will be looking to take home the series in the second Test match, scheduled to begin from 7 May at Harare Sports Club.