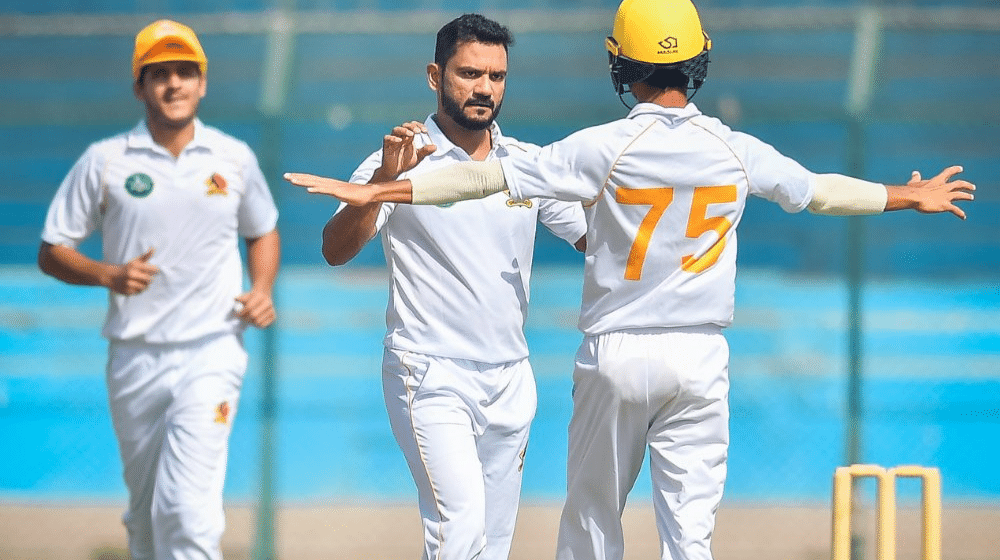 Fast bowler, Tabish Khan, is set to make his Test debut for the national team in the second Test match between Pakistan and Zimbabwe, set to start today (Friday).

Tabish, who has taken almost 600 first-class wickets has been in contention for the spot for several years but was always overlooked. His recent performances in the domestic circuit coupled with a change in the selection committee have earned him a Test call-up.

Miran Bux is the oldest player to debut for the national side, doing so at the age of 47 years and 284 days.

Tabish is most likely to replace either Shaheen Shah Afridi or the player of the match in the first Test match, Hasan Ali. Either of the bowlers could be rested to prevent a risk of injury. There are also reports of resting Faheem Ashraf to bring in Tabish Khan, however, the final decision will be made before the toss.

Hasan’s brilliant 9-wicket haul helped Pakistan to a massive victory by an innings and 116 runs in the first Test match. Pakistan will be looking to win the second Test match and conclude a successful tour of South Africa and Zimbabwe by winning all their series on the tour.