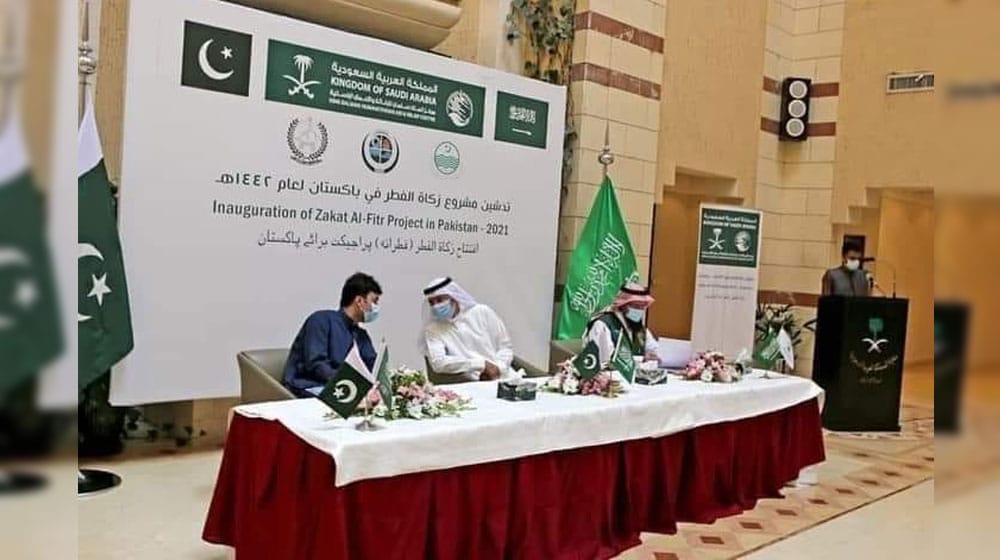 Social media is rife with reports that Prime Minister Imran Khan received Zakat aid from the kingdom during his recently concluded visit to Saudi Arabia.

The claim is based on a viral picture in which Federal Minister for Communications, Murad Saeed, is seen attending a launch ceremony of the ‘Zakat Al-Fitr Project in Pakistan’ sponsored by Saudi Arabia.

This is a false claim based on misleading information. First and foremost, the Communication Minister was not in the delegation that accompanied Prime Minister, Imran Khan, on his three-day official visit.

The picture is from a ceremony organized by King Salman Humanitarian Aid and Relief Centre (KSrelief) at the Saudi Embassy in Islamabad to distribute ration bags among deserving families last week.

Based on this picture, the netizens started lashing out at PM Imran for “receiving Zakat aid from the kingdom.”

Here’s Why Basic Commodities are Expensive in Pakistan

A similar project by KSrelief had been launched in Balochistan earlier in Ramadan to distribute food bags worth $1 million among the people in 10 districts of the province.

The project is being executed in collaboration with the National Disaster Management Authority (NDMA) and the local government of Balochistan. It will benefit about 124,200 people in 10 districts of Balochistan during the holy month.