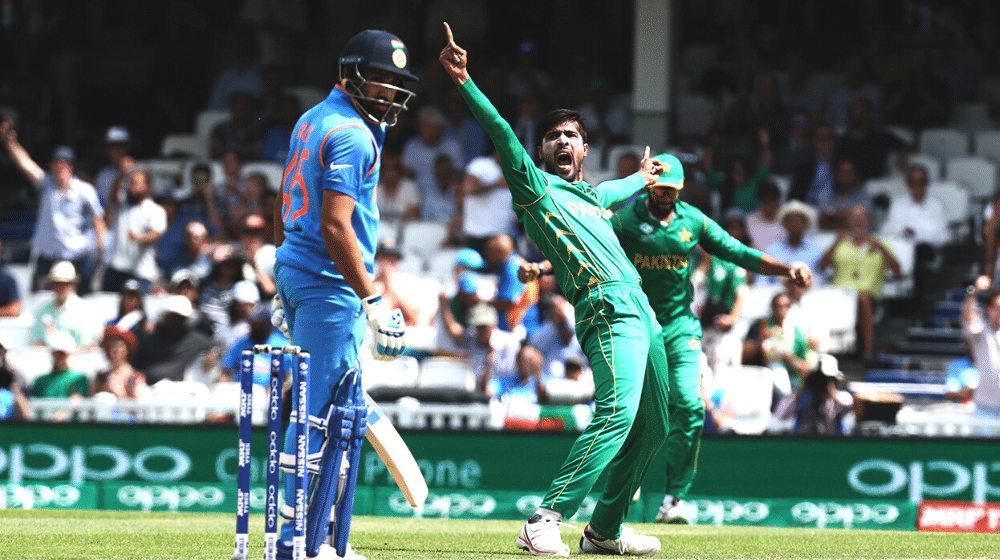 Former Pakistan pacer, Mohammad Amir, revealed that he does not find it difficult to bowl to the star Indian batsmen, Virat Kohli and Rohit Sharma. Rather he believes that he controls the tempo when the two batsmen face him.

PSL Set to Resume Despite Controversy Over Venue

“While bowling, I swear, I didn’t find bowling to Virat Kohli and Rohit Sharma difficult. I didn’t find it difficult at all. I find it easy to bowl to Rohit. I feel I can dismiss him both ways,” Amir said while talking in an interview.

Amir said that Rohit might be a wonderful batsman, but he has weaknesses on both sides, which makes it easy for him to dismiss the Indian opener. Amir revealed that Rohit finds it difficult to face in-swinging deliveries from left-handed fast bowlers.

The former fast bowler said that Kohli, on the other hand, is a much better batsman, and his composure makes him a bit more difficult to bowl to. Amir also praised Kohli’s extraordinary ability to play under immense pressure.

Amir revealed that Australian middle-order batsman, Steve Smith, is the most difficult batsman he has bowled to, showering praise on the batsman’s unusual technique. He added that Smith’s unorthodox technique baffles the bowlers as they run out of ideas to try and dismiss him.

The left-arm pacer famously took the wickets of the Indian top order in the final of the ICC Champions Trophy in 2017, helping Pakistan to defeat the arch-rivals by 180 runs and lift their first-ever title.