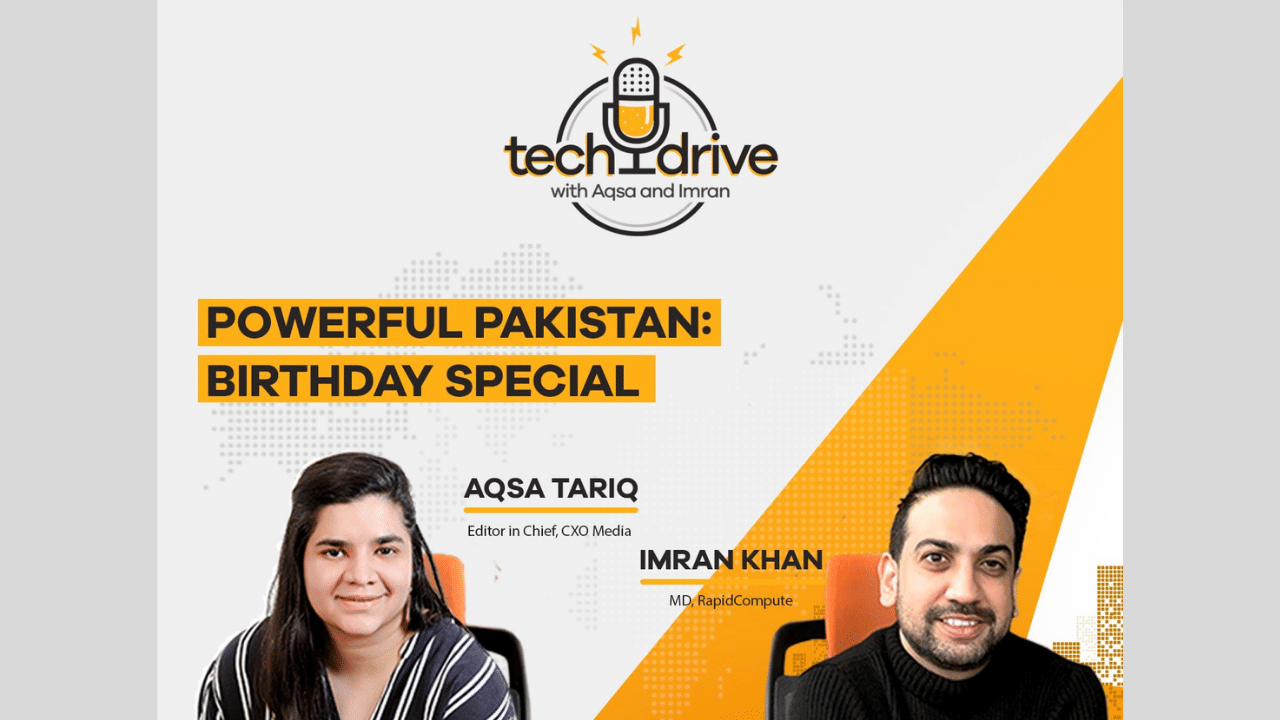 The 3rd episode of TechDrive takes a backseat and is a no guest show. With the two hosts Aqsa Tariq, Imran Khan, and producer Salaina Haroon piping in for a casual no holds barred conversation about what the Pakistani tech industry has been like as part of their own work journey in the industry.

The episode also celebrates a decade of RapidCompute this May and interestingly enough has CIO Pakistan entering its fifteenth year. Though RapidCompute and CIO were actually already a year in working before their formal event launches, you can catch the history of the releases here and here.

Salaina Haroon took this opportunity to hijack the comments section and spin a yarn.

“I wanted to tell a little story here. How our predecessor magazine Netxpress and RapidCompute’s parent company Cybernet have had a working relationship for just over two decades. Before we launched in Netxpress in Jan of 2000 and were carrying this really large design portfolio, showcasing the format of Pakistan’s first to be monthly tech broadsheet, to prospective sponsors, Intel instantly decided to come on board and then sent us directly to Cybernet in November of 1999 to give a presentation to their senior management team.”

“Cybernet then proceeded to become one of our first advertisers for Netxpress alongside Intel and supported us for two years until we found our footing. When we launched Pakistan’s ThinkQuest chapter in 2001 which translated itself into the country’s first Technology Roadshow that eventually served 150,000 kids and 500 institutions over a span of 8 years, Cybernet was one of the first partners to come on board as a partner.”

“Similarly when this went onto become a game show called TechQuest on ARY for one year, where we featured QuestMasters from all the schools we had gone to, Cybernet gave away a tonne of prizes through the year. When we went on an Intel-sponsored 16 city tech mapping and story collection tour backpacking the country in 2004, Cybernet supported us in whichever cities they had offices, for meetings and food stops as well as speaking to their vendor partners who were selling their ISP services.” 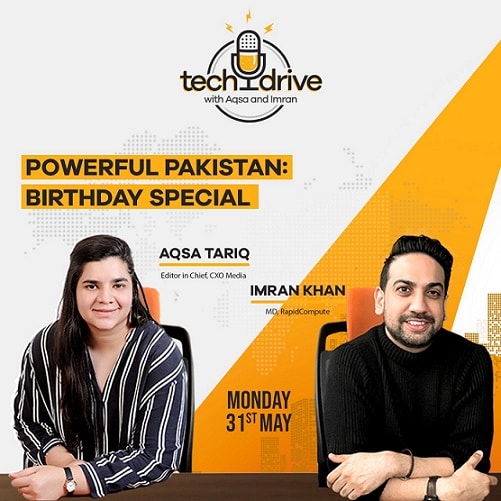 “And the North portion of our tour, from Islamabad/Pindi onwards to Peshawar, Nowshera, Mardan, Abbottabad, Murree was taking a ride in their corporate car. As a matter of fact, their senior management team rode with us some of the way stopping to show us what to eat and where along the route. They continued to support us when we launched our telecom property Bandwidth magazine in 2005 on World Telecom Day and there was always a Cybernet ad for the show dailies we produced for ITCN for seven years.”

“Conversely, we covered Cybernet not only in Netxpress or our other print publications but across the board in our several productions with TV and Radio during the early 2000s. In March 2008, when they needed a rebrand they called us in to present for PR services. We were busy at that time with the print launch of CIO having just done an IT Leadership Event a few months earlier. The moment we launched CIO magazine print they were one of the first to call us for advertising and in a couple of years as we launched into CIOs event services vertical they immediately called us to discuss RapidCompute’s launch.”

“And we were glad we were able to become part of Rapid’s journey over the years as Cybernet had been part of Netxpress’. As a matter of fact, Imran Khan has always been one of the strongest champions of CIO since we have launched.”

“And team RapidCompute led by him was one of the first to understand the kind of content we wanted to do and partnered with us to do a year-long Rapid CIO branded enterprise roadshow in 2017 across several verticals and cities, giving us all an inlay into what happens away from the traditional bazaars of Karachi, Lahore, and Islamabad or the sectors of FSI ,Telco and Govt. TechDrive is a culmination of our 20+ year relationship with Cybernet/RapidCompute and the technology industry.”

“The one thing I have to say is, that Cybernet itself is a defining part of Pakistan’s technology industry and they have continued to build it not only through actively enabling platforms like ourselves and numerous others, but also constantly investing in the creation of strong local technology companies, developing it into one of Pakistan’s first tech conglomerates.”

“The people at the Cybernet and affiliates which has diversified into several companies like Sybrid, RapidCompute, Stormfiber and NayaPay among others and now led by Danish Lakhani, have always been far-sighted enough to be key enablers of the narration ecosystem for a Powerful Pakistan, a term coined by Imran during this Podcast episode.”

And Imran continues the story…

“When it started off, RapidCompute was a pioneer in what it wanted to do. And that came with its own set of challenges. Very few people understood our services and we had an extremely difficult time finding conventional agencies to work with us as well finding the right people to do our round tables with and to have a platform to engage the CIO’s with.”

I had worked with Salaina and her team in the past and had a great working relationship with them. CIO Pakistan happened at the perfect time. With their in-depth knowledge of the tech landscape and their relationship with key technologists of the industry, they were the perfect partners to have for a growing tech platform. We had some great collaborations over the years. From articles and PR to groundbreaking industry events and nationwide round tables; our partnership was truly unique and created great value.”

“This podcast is a sort of culmination of that deep relationship over the years. We have been discussing this for many years now and I think we realized it was finally time that we went ahead and did it. We have tons of exciting plans for this and we believe it will be a great addition to technology content in the country which is greatly needed.”

“We hope as we all continue to redefine ourselves as enterprises or as an industry our stakeholder interest in strengthening the journey for a Powerful Pakistan, continues.. onwards and forward!”

Catch the full podcast, live now on the TechDrive website.