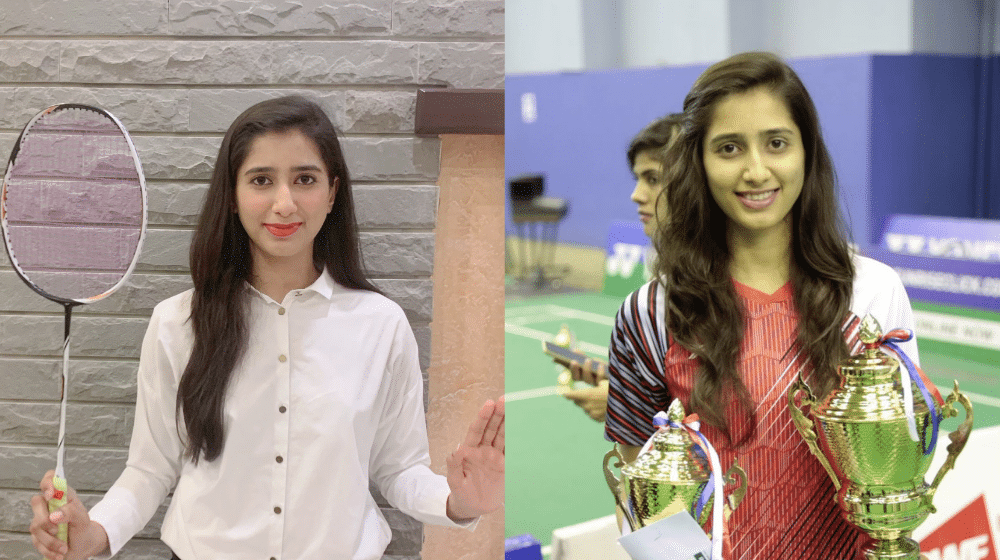 Pakistan’s number one women’s badminton player, Mahoor Shahzad, has booked her place in the Tokyo Olympics, becoming the first Pakistani badminton player to do so. Mahoor earned a place in the mega event due to her magnificent performances and her international ranking.

Currently ranked number 139th in the world, Mahoor will be one of the few Pakistan athletes to participate in the Olympics this year. Apart from Mahoor, Arshad Naeem will take part in the men’s javelin throw event, Najma Parveen will participate in the women’s 100m race, and three shooters, Muhammad Khalil Akhtar, Ghulam Mustafa Bashir, and Gulfam Joseph will be a part of the Tokyo Olympics.

Few other athletes will also be a part of various competitions on a wildcard entry.

Mahoor expressed her delight on qualifying for the mega event and was hopeful of making her nation proud with her performance on the court. “My dream has come true. I can’t believe I will represent Pakistan in the Olympics. I will live up to expectations and raise the green crescent flag,” Mahoor said.

Mahoor revealed that she could have improved her ranking and break into the top 100 if she had more opportunities to play throughout the last year. Unfortunately due to the ongoing COVID-19 pandemic, she had limited opportunities to move up the rankings.